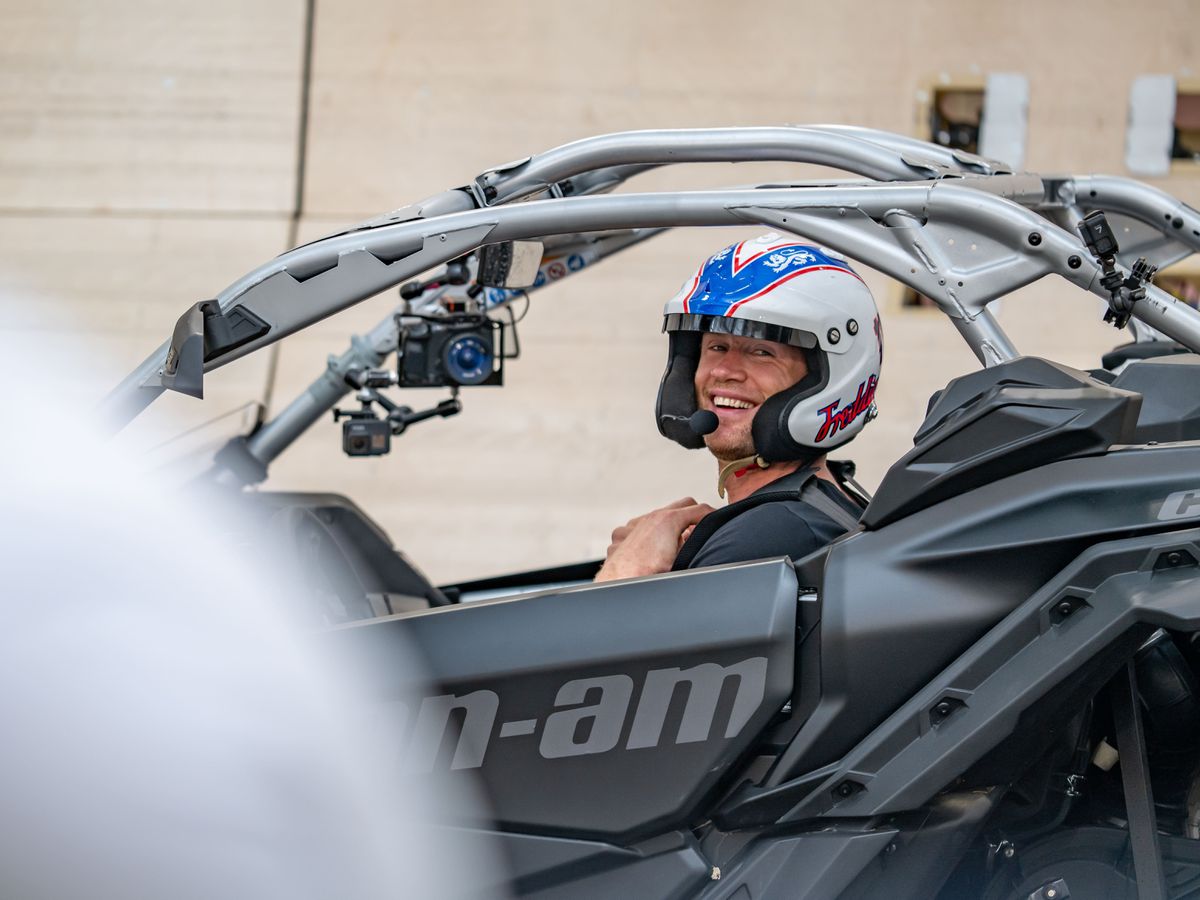 Freddie Flintoff wrestles with an insurance write-off Maserati on the Wall of Death in a new clip from the upcoming episode of Top Gear.

The TV star attempts circuits on the vertical face of the wall at Alexandra Palace, north London.

In the episode, Flintoff and co-hosts Paddy McGuinness and Chris Harris are convinced they have found a way of landing cheap performance cars, each buying a written-off model for less than £6,000.

After a trio of challenges at the Top Gear Test Track – including an inaugural game of Car Park Musical Chairs, where they meet Britain’s most reckless drivers, the Stig’s Teenage Cousins – the presenters are ordered to make their cars road legal and report to Alexandra Palace, where the Top Gear producers have constructed a huge Wall of Death.

As Flintoff begins the challenge, Harris says: “I think he has the worst vehicle for