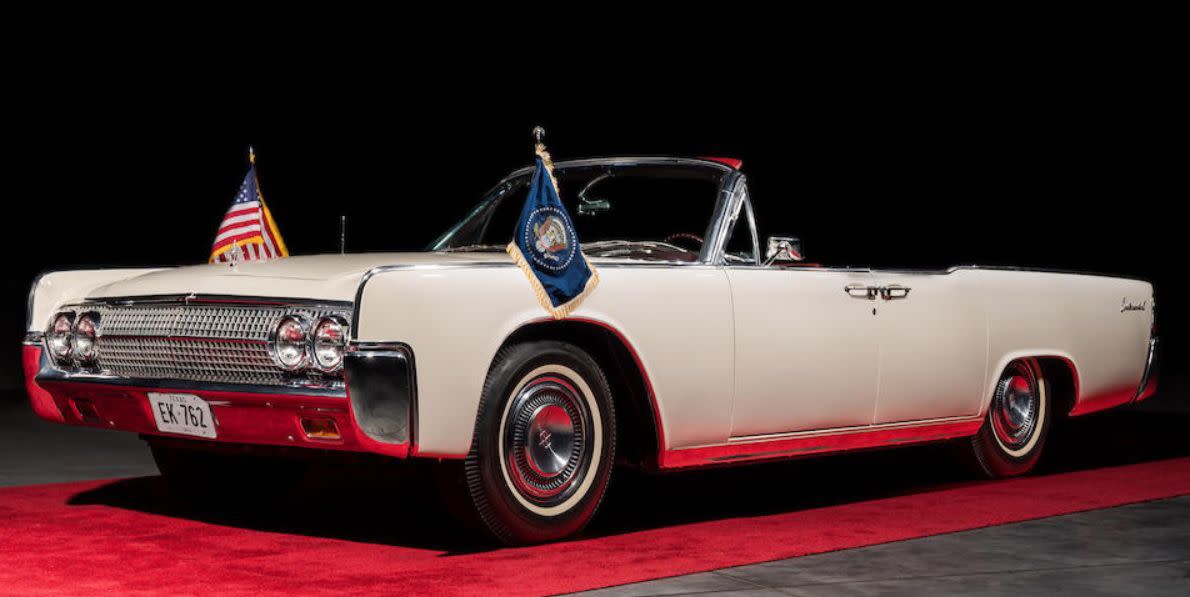 Cars with presidential history don’t come up for auction all that often, despite the fact that there are so many with White House connections. The history of most of these cars is well documented, and most of them now sit in various presidential libraries or trade hands among collectors of limousines and other historical cars.

But anything tied to the presidency of John F. Kennedy tends to inspire plenty of interest from collectors of presidential items.

In a couple of weeks Bonhams Auctions will offer just such a item, when the 1963 Lincoln Continental dubbed “Limo One,” the car used by John F. Kennedy and Jacqueline Kennedy on the morning of November 22, 1963, rolls across the auction block.

This is the car that drove the pair, along with Texas governor John Connally, to Carswell Air Force Base in Fort Worth on November 22, having