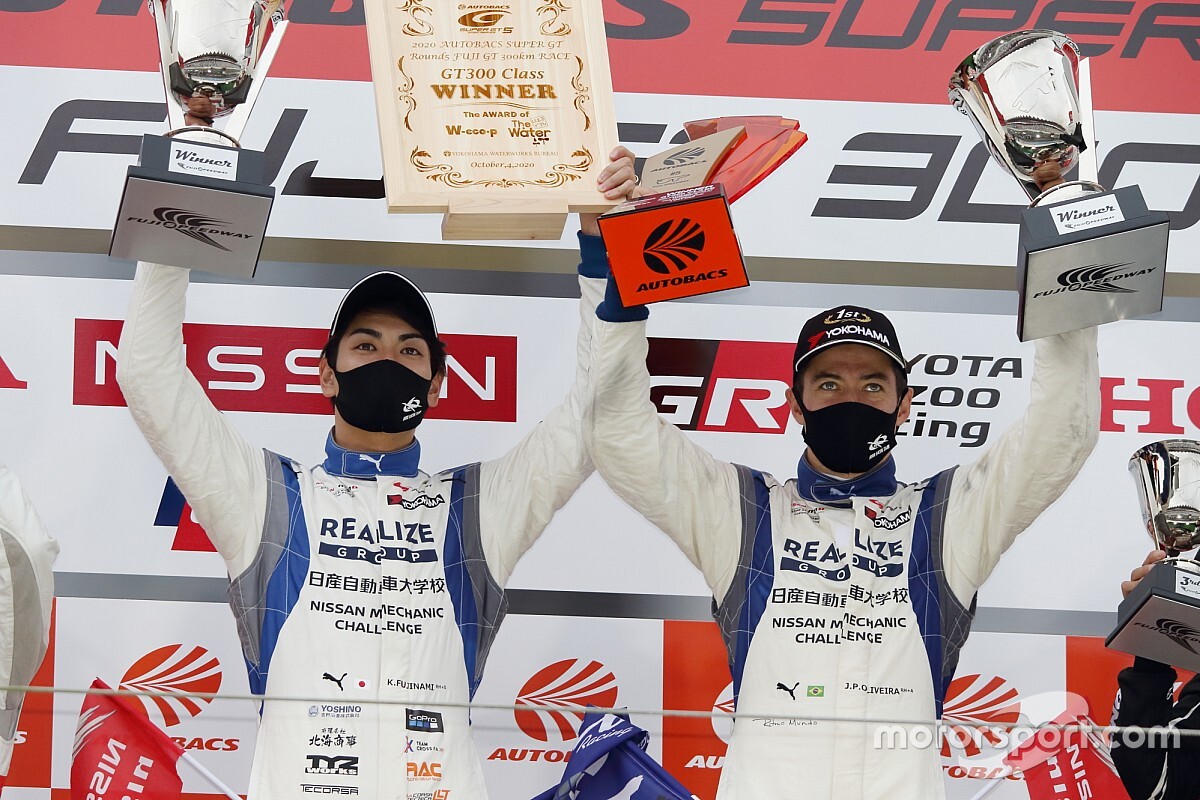 The long-time Nissan GT500 man took the Kondo Racing Nissan GT-R NISMO GT3 he shares with Kiyoto Fujinami to a dominant win on Sunday, over 20 seconds clear of the field.

De Oliveira stepped down to the GT300 ranks last year with the D’station Racing Aston Martin outfit, but he and teammate Tomonobu Fujii failed to score points all season.

Returning to the Kondo stable this year, the first half of the 2020 season had yielded a best finish of fourth for de Oliveira, who lost valuable points in a series of incidents at Suzuka and then a post-race penalty at Motegi.

“It’s been a tough year and a half,” the Brazilian told Motorsport.com. “I honestly think this is a really difficult class to win a race, especially if conditions aren’t perfect. Sometimes it can be hard to even get a top five.

“It took me longer to win in