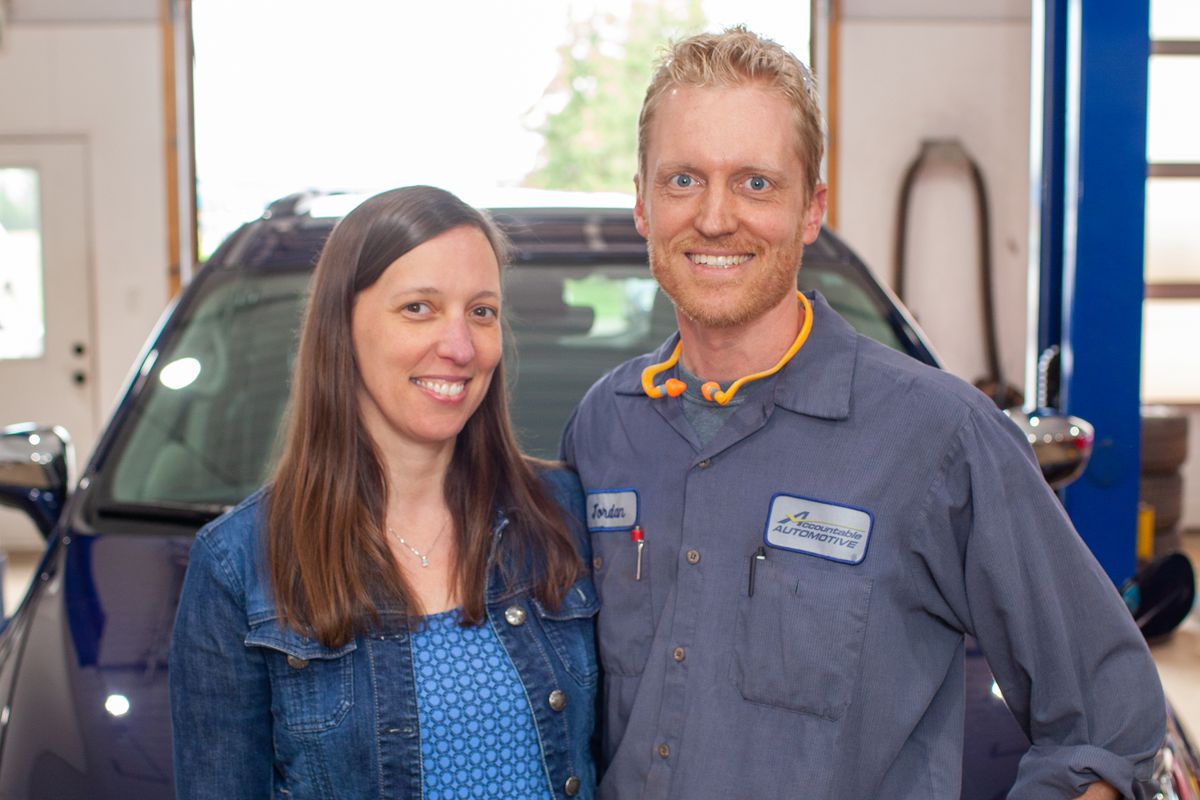 When one of Jordan Van de Kemp’s regular auto repair customers announced his next truck would be the new, all-electric Ford F-150 Lightning pickup, he added, “So you’d better get trained on it.”

Van de Kemp, who co-owns Accountable Automotive with his wife Amy in Stratford, Ont., says he’s absolutely ready and willing to do so – “if the information is there.”

That’s a sore point for independent auto garages that have to pay automakers for information needed to service new vehicles. Manufacturers want customers to return to the dealership for maintenance and repairs, according to Van de Kemp, and some, such as Tesla, don’t share their data at all.

Beyond acquiring new gear, such as high-voltage safety gloves, Van de Kemp says the biggest challenge in transitioning to service hybrids and electric vehicles has been access to information, along with specialized training and the high cost that entails. The business spends about $1,000 a month on subscriptions allowing access to factory maintenance schedules, diagrams and vehicle information.

“It’s challenging because we need access to the diagnostics when a vehicle is in the bay and we have to go through a specific diagnostic to fix it,” he says. “I can go to a course about Tesla, but that doesn’t mean that when one comes in that’s broken, I have the correct tools and information to fix it.

“What happens if I unplug this module? Am I going to pull down other systems? We’re dealing with voltages now that can be lethal, so it’s very important to have the proper information.”

EVs are packed with technology and computer systems, making them more complicated to repair. For Accountable Automotive and the tens of thousands of other independent auto mechanic shops in Canada, being able to obtain diagnostic information from the manufacturer will be essential for them to work on the vehicles – and ultimately key to the shops’ survival.

While a bill focused on the “right to repair” vehicles has been introduced in Canada, it’s still on the table. If passed, all auto shops would have access to the information they need to service vehicles, and consumers could freely choose where to get their vehicles fixed.

Though such laws have long been called for by consumers and independent auto shops, manufacturers eager to protect their intellectual property and revenue are nowhere near as keen. In the United States, for instance, Massachusetts became the first state to pass a “right to repair” law. In response, Kia and Subaru said they would disable the in-car wireless technology that connects drivers to music, navigation and crash-avoiding sensors in Massachusetts-sold vehicles rather than share proprietary information with independent garages.

As a full-service garage with seven bays and four automotive service technicians (including Van de Kemp), Accountable Automotive repairs and maintains a wide variety of makes and models, including new vehicles still under warranty.

Currently, hybrids and EVs account for a tiny proportion of the vehicles they service each week, about one out of 50; however, the couple say that’s steadily increasing, particularly as the warranties on older hybrids expire.

More and more customers are also asking if the shop will be able to service their vehicles if they buy electric. That’s indicative of the long-standing relationships the shop has built with customers since the Van de Kemps founded Accountable Automotive 16 years ago.

“We get to know the people that bring us their vehicles, so it’s more about building relationships and trust – plus we’ll fix your car as well,” says Van de Kemp. “We want to grow with our clients, so we’ll do everything in our power to train [our technicians] and support [our customers] for service and repairs.”

So far, the repairs haven’t really been that different on hybrids and EVs than on gas-powered vehicles, Amy Van de Kemp says.

“We still do steering, suspension, brakes, tires and there’s an electric cooling system, so the only thing we’ve really eliminated is oil changes,” she says. “In our climate, salt on the roads is salt on your car, no matter what you’re driving.”

Aimee and Mike Allen, hockey parents who live in Barrie, Ont., do a lot of travelling around Ontario – usually about 14 individual road trips and three or four tournaments a year, taking the family to places like Napanee or Lindsay, Ont.

Given that Aimie also commutes to her job in Collingwood, a 45-minute drive each way, they crunched the numbers and bought all-electric Hyundai Kona last year. They also own a 2016 Dodge Ram, which Mike drives, but they use the Kona for travel as much as possible – to date, more than 41,000 kilometres.

They love driving the Kona and believe it’s saved them a ton of money in gas. Maintenance has been minimal. So far, they’ve had it serviced at the dealership and will continue to do so for any major issues, such as with the battery. They say they’re open to taking the Kona to a trusted local independent for services such as winter tires, but say their local shop is currently not equipped to repair EVs.

They were surprised to learn from the dealer that their Kona needed new brakes.

“We haven’t even owned the car for a year and I need new brakes,” she says. The reason, as it was explained to her, had to do with the car’s regenerative braking system. Because the car slows automatically when you take your foot off the accelerator, the friction brakes aren’t used as much and tend to rust sooner.

Still, she plans to stick with EVs for her next car and is waiting for Jeep to come out with one. With recent increases in the price of gas, she says they’re getting a lot of questions from other parents about driving an EV.

“In Barrie, they’ve just finished installing EV charging stations at all the recreational facilities,” Mike says. “As more and more people get EVs, the infrastructure to support it will grow.”

Lou Trottier, owner of All About Imports in Mississauga and author of the Lou’s Garage column, says the market share of EVs isn’t great enough yet for him to invest in the equipment and staff training necessary to deal with electric cars. Established in 1995, his business repairs and maintains import cars and is also new-car-warranty approved.

“I know the market is increasing rapidly, but in order for me to deal with electric cars. I’d really have to specialize in that and become an EV/hybrid specialty repair shop,” Trottier says. “I don’t think you can easily mix it [into a regular facility] and think it would be very hard for the mom-and-pop shop to do both.

“In order for me to be able to justify the expense of training a staff member (plus specialized equipment and dedicating a bay to EV service), I’d have to be doing more than 30 to 40 per cent, so I’d really have to be pursuing that market. But I do believe we’re at the very forefront. Maybe if I was 20 years younger, I’d do it.”

Shopping for a new car? Check out the Globe Drive Build and Price Tool to see the latest discounts, rebates and rates on new cars, trucks and SUVs. Click here to get your price.