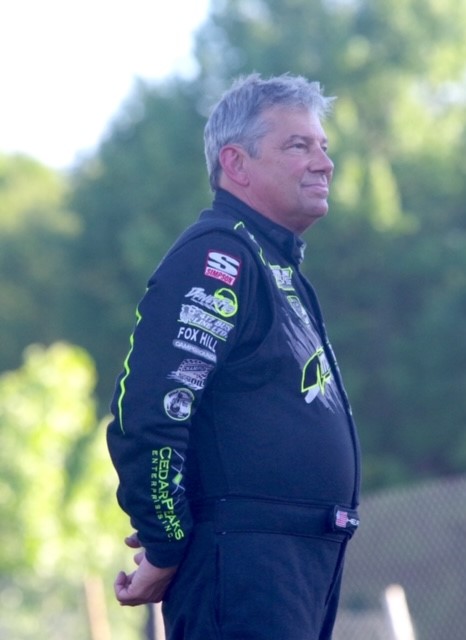 Lately, I find myself using pencils a lot more — this unpredictable COVID-19 ordeal has me canceling way too many events that were listed in my monthly planner.

According to Orange County Fair Speedway’s director of motorsports Brett Hearn, I can put my eraser away because he’s running the 59th annual Eastern States 200 weekend, which is scheduled for Friday, Oct. 23 and Saturday, Oct. 24 (rain date Oct. 25) as scheduled.

“It will be a two-day schedule — we would do all of the qualifying on Friday and all of the features on Saturday and that will culminate on Saturday night with the annual 200 for the big-blocks,” Hearn said.

Only the modified, small-block modifieds and sportsman classes will be invited to the two-day deal. A street stock feature will be added on Saturday.  And with things not “normal” these days, Hearn and company are trying to keep some things the same for the prestigious 200-lap finale for the modifieds.

“We are still holding onto some of the traditions of what Eastern States is, as far as qualifying for big blocks,” Hearn said. “The top six time trailers will be locked in so they won’t have to run a heat race.”

But they have added a unique twist.  On Friday night they will take the locked in top six and add the winners from the six modified qualifying events and put them on the track for 20 laps. The winner of that event will start on the pole for Saturday’s 200.

“Getting qualified for Eastern States is always exciting to watch and it will be interesting to see how it all plays out with the new format,” Hearn said.

This summer has been a bummer for Hearn — well kind of.

He stepped away from racing at the end of last season to take a role promoting events for Chris Larsen at the Middletown oval this year but COVID-19 issues shut them down early after only nine events (five with fans, four without) so he really hasn’t been able to get any momentum going at the historic oval. Or been able to bring any ideas to fruition.

So he did the next best thing — he went with Plan B.  He’s been working on his tan either boating, riding his Harley or on the golf course.

“We have been back and forth, back and forth all summer trying to figure it all out so we are really happy for the racers and the race fans to be able to make this happen and host this historical race,” Hearn said. “It’s been hard when other tracks have been able to run that weren’t far away from us.”

Racer registration started Thursday. The drive-in section will be open and calling early to reserve a spot is strongly recommended. Camping is available and the two-day event will also be live-streamed. Visit the speedway’s website for more information.

With the cancellation of the 49th edition of Super DIRT Week at Oswego Speedway, due to coronavirus, the World Racing Group got creative and has replaced the popular event with OktoberFAST — six consecutive nights of racing at six different New York tracks.

Local promoter Lyle DeVore will kick off the new format on Tuesday at Albany-Saratoga Speedway. It wraps up on Sunday, Oct. 11 at Al Heinke’s state of the art Weedsport Speedway.

“What a better way to showcase six of our core tracks in New York where the nucleus of our drivers are from and give them some high-paying races after all everyone has been dealing with this year,” said Dean Reynolds, director of DIRTcar Northeast.

While other promoters and race fans frequented far-away venues — that wasn’t an option.

“We sanction 26 tracks and we didn’t want to branch out and leave our tracks in limbo, leave them behind,” Reynolds said. “The executive orders just kept getting pushed back but we still had hope that we would be able to run some races in New York at some point.”

And the response has been very favorable. He’s already gotten more than a dozen drivers committed to running the entire six-day series. Some drivers are fielding cars in both the modified and small-block events.

“With the money being offered it’s darn close to Super DIRT Week and now with the bonuses we’ve added recently,” Reynolds said.  “They are all good tracks, not a lot of travel and 75 percent of the teams will be able to be home at night part of the week. It works.”

All six events will be live-streamed through DIRTVision for $39.95. Visit the DIRTVision website for more information.

Reynolds also announced that next season’s Super DIRTcar Series will also be live-streamed.

“It’s how you have to introduce the new generation to racing,” Reynolds said. “They are not going to come to the races but if they see it on television and think it’s cool then they will come to the races.”

Saturday night 23-year-old Demetrios Drellos barrel-rolled his car during the feature event — he was penalized (for exiting his car on the race surface) to last place and he still picked up the Sportsman Modified points championship at Devil’s Bowl Speedway.

Drellos has been so dominant at the Fairhaven (Vt.) oval, winning the feature event the four weeks prior  and five times overall for the season. He also has four runner-up finishes.

Congratulations to the Drellos Motorsports team on their championship.

Robin Yasinsac-Gillespie’s column appears every other week during the racing season.