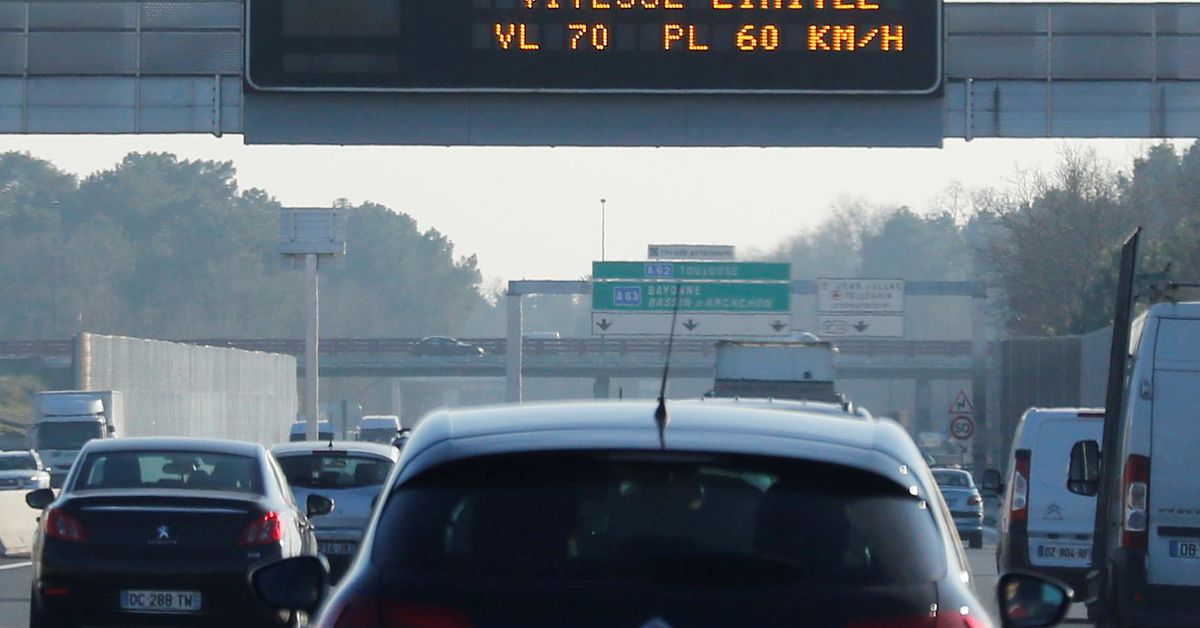 BRUSSELS, June 8 (Reuters) – European Parliament lawmakers on Wednesday voted to support an effective EU ban on the sale of new petrol and diesel cars from 2035, rejecting attempts to weaken the proposal to speed Europe’s shift to electric vehicles.

The vote upholds a key pillar of the European Union’s plans to cut net planet-warming emissions 55% by 2030, from 1990 levels – a target that requires faster emissions reductions from industry, energy and transport.

Lawmakers suported a proposal, made by the European Commission last year, to require a 100% reduction in CO2 emissions from new cars by 2035, which would make it impossible to sell fossil fuel-powered vehicles in the EU from that date.

Attempts by some lawmakers to weaken the target to a 90% CO2 cut by 2035 were rejected.

The law is not yet final. Wednesday’s vote confirms the parliament’s position for upcoming negotiations with EU countries on the final law.

The aim is to speed Europe’s shift to electric vehicles and embolden carmakers to invest heavily in electrification, aided by another EU law that will require countries to install millions of vehicle chargers.

But emails seen by Reuters show industry groups including German auto association VDA lobbied lawmakers to reject the 2035 target, which they said penalised alternative low-carbon fuels and was too early to commit to, given the uncertain rollout of charging infrastructure.

“Our positions are transparent. It is our mission to develop the best solutions with everyone involved,” a VDA spokesperson said.

Electric cars and plug-in hybrid vehicles made up 18% of new passenger cars sold in the EU last year, although overall car sales dropped in the year amid semiconductor shortages, according to the European Automobile Manufacturers’ Association.

Transport produces a quarter of Europe’s planet-heating emissions, and greenhouse gases from the sector have increased in recent years, threatening efforts to avert dangerous levels of climate change.