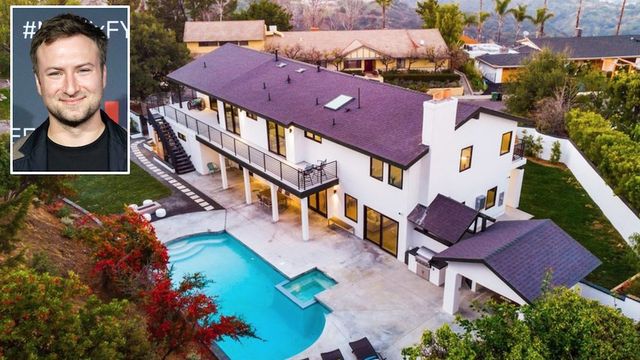 The culinary content creator David Gelb—the man behind the critically acclaimed film “Jiro Dreams of Sushi” and the popular Netflix series “Chef’s Table”—has prepped a two-course real estate deal in the Hollywood Hills. Within a single week, he purchased one home and put another on the market.

Gelb closed on a 3,471-square-foot contemporary home near Mulholland Drive in the Laurel Hills area just a week before he put his Beachwood Canyon home on the market for $2.5 million.

The status of the latter home is not clear right now. Initially listed in July, it’s currently off market. It could be that Gelb decided to hold onto the place, found a tenant, or is in the process of closing a deal.

Records indicate that Gelb paid $3.22 million for the latest home on his real estate menu. It was originally built in 1972, but has been recently renovated. The residence now boasts an open floor plan with five bedrooms, 4.5 bathrooms, and remarkable views of the San Fernando Valley.

His new acquisition also features two master suites and an array of high-tech goodies, including security cameras, an electric-car charging station, and remote controls for its many automated features, including a heated pool and hot tub.

And of course, this gourmet aficionado requires a delicious chef’s kitchen, with a 48-inch, oversized stove, JennAir appliances, a herringbone marble backsplash, and a large waterfall island. The space is perfect for entertaining guests with a gustatory bent.

The multilevel home Gelb put on the market in July also has a chef’s kitchen, with double dishwashers and Wolf appliances. It also offers plenty of outdoor dining space, on decks with classic views of Los Angeles.

In addition, it’s in a location that any true food fan would enjoy—just a few minutes from chic eateries in Hollywood and Los Feliz.

One of the more interesting features of the terraced property is a pristine white wall on one side of the heated pool, which is used as an outdoor theater screen. There’s also a thriving secret garden with lemon trees and herbs.

Gelb isn’t the only notable name to realize the value of the home, built in 1993. America Ferrera, of “Ugly Betty” and “Superstore” fame, once lived there.

Gelb, 36, catapulted to fame thanks to his work on the 2011 documentary “Jiro Dreams of Sushi.” He then went on to helm the horror film “The Lazarus Effect,” and created two Netflix food series, “Chef’s Table,” which has twice been nominated for an Emmy Award, and “Street Food.”