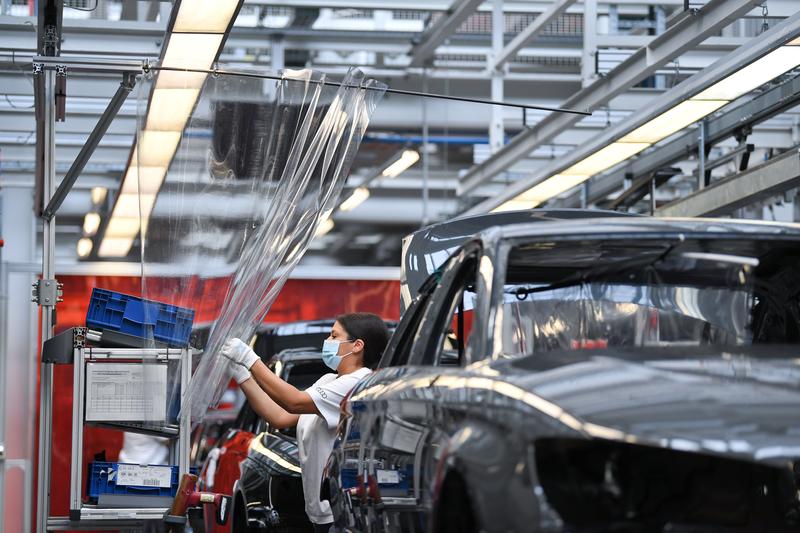 BERLIN (Reuters) – German Chancellor Angela Merkel’s government and representatives of its powerful auto industry agreed on Tuesday to look in to possible ways of strengthening the equity capital of companies in the sector, especially for suppliers.

Other than agreeing that the German sector faced major economic and structural challenges, no concrete decisions were made at a two-hour video conference which included Merkel, regional leaders and auto bosses.

However, government spokesman Steffen Seibert said working groups would now explore ways to help firms suffering from the impact of the coronavirus pandemic which hit demand.

In particular, he said, the working groups would examine “whether and how a market-economy concept could be developed to strengthen equity capital, especially of supplier companies.”

The government has already introduced a stimulus package, including measures to help the industry which accounts for about 832,000 jobs in Europe’s biggest economy. Even before the coronavirus, the sector was struggling to rebuild a reputation tarnished by a diesel emissions scandal.

However, after months of talks, little has been agreed. The next round of talks is due to take place in November.

While Germany’s multibillion-euro recovery plan includes some incentives for electric cars, Merkel’s government has so far resisted calls from the industry to launch a scrappage scheme to boost sales of new combustion-engine cars.

Volkswagen VOWG_p.DE and Daimler DAIGn.DE have said customers have returned to showrooms after coronavirus lockdowns eased, leading to a gradual rebound in demand in Europe and China.

Reporting by Madeline Chambers in Berlin; Editing by Matthew Lewis