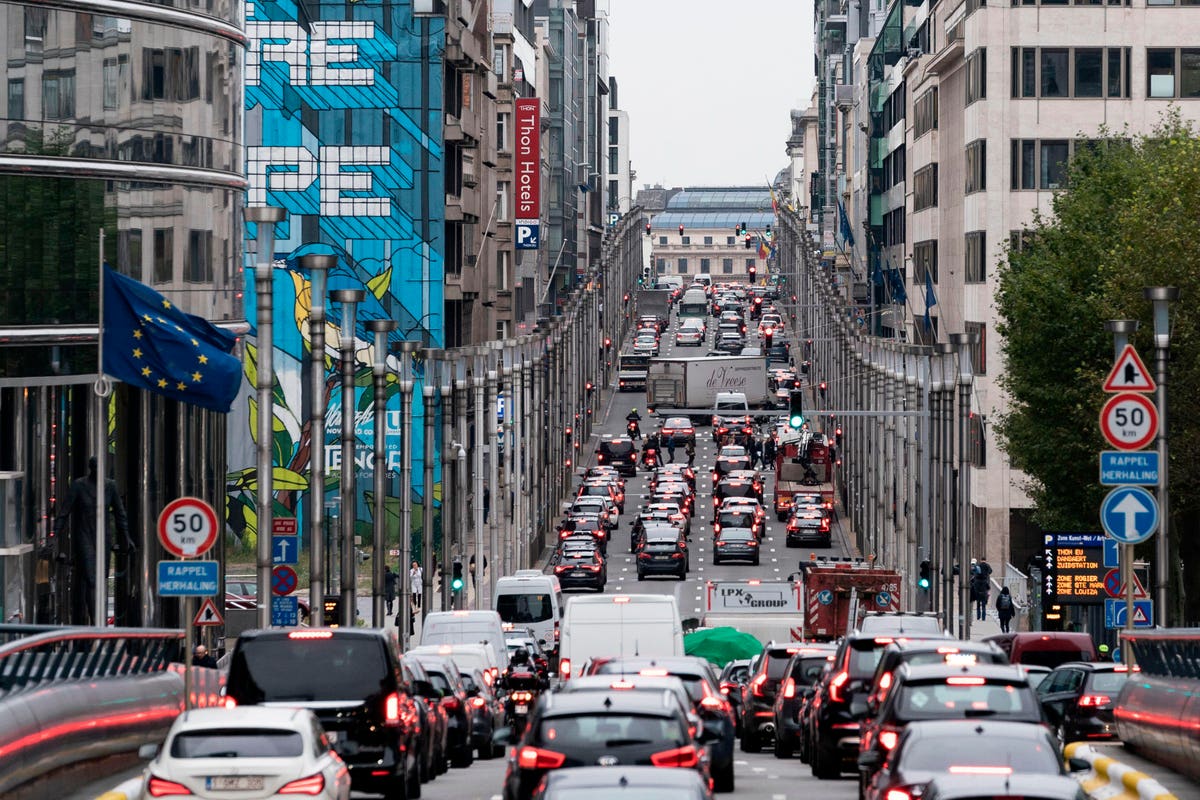 The problem is particularly acute in countries with high income tax that allow companies to pay employees with tax-free benefits instead of cash in order to lessen the heavy income tax burden. In Belgium, for instance, income tax is 50% for everyone making more than €40,000 per year (and 45% for people making over €23,000). This places a heavy burden on employers who must pay much higher gross salaries than they would need to in other countries. But Belgium allows employers to award company cars instead of income, avoiding the high tax. Many companies force their employees to take cars in lieu of income as a result, often providing free unlimited fuel in addition. Those employees then feel they have no choice but to drive their company car to work instead of taking public transport.

Polluting company car use is also encouraged by benefit-in-kind taxation, VAT sales tax returns and depreciation write-offs, according to the report.

The best solution to the problem would be to end the government subsidies and tax incentives that force people onto the road when they would prefer to take public transport. But if that can’t be done, T&E says governments should require company cars to be electric.

“Electric cars are already the best choice for corporate fleets which clock up high mileage and care about overall costs, not sticker price,” says Saul Lopez, e-mobility manager at T&E. “Yet most company cars have polluting engines. Why should taxpayers effectively subsidise the pollution of company cars when electrics are cheaper to use?”

According to the study, switching to electric cars would save companies €4,300 per vehicle on average, as the total cost of owning a large EV is 9% cheaper than owning a diesel. Yet 96% of new company car registrations last year were still petrol and diesel, according to the research by Dataforce.

“Company cars are driven more so they pollute more,” says Lopez. “They are the perfect place to start addressing the toxic air crisis and the climate impact of road transport. Governments, the EU and cities should pick this low-hanging fruit so that all new company cars are electric by 2025.”

Requiring company cars to be electric would also provide cheap second-hand EVs to the used car market. T&E says that by 2025, at the latest, leasing companies should only be buying zero-emission cars. But this will only happen if governments reform the benefits received by fossil fuel cars in corporate fleets.