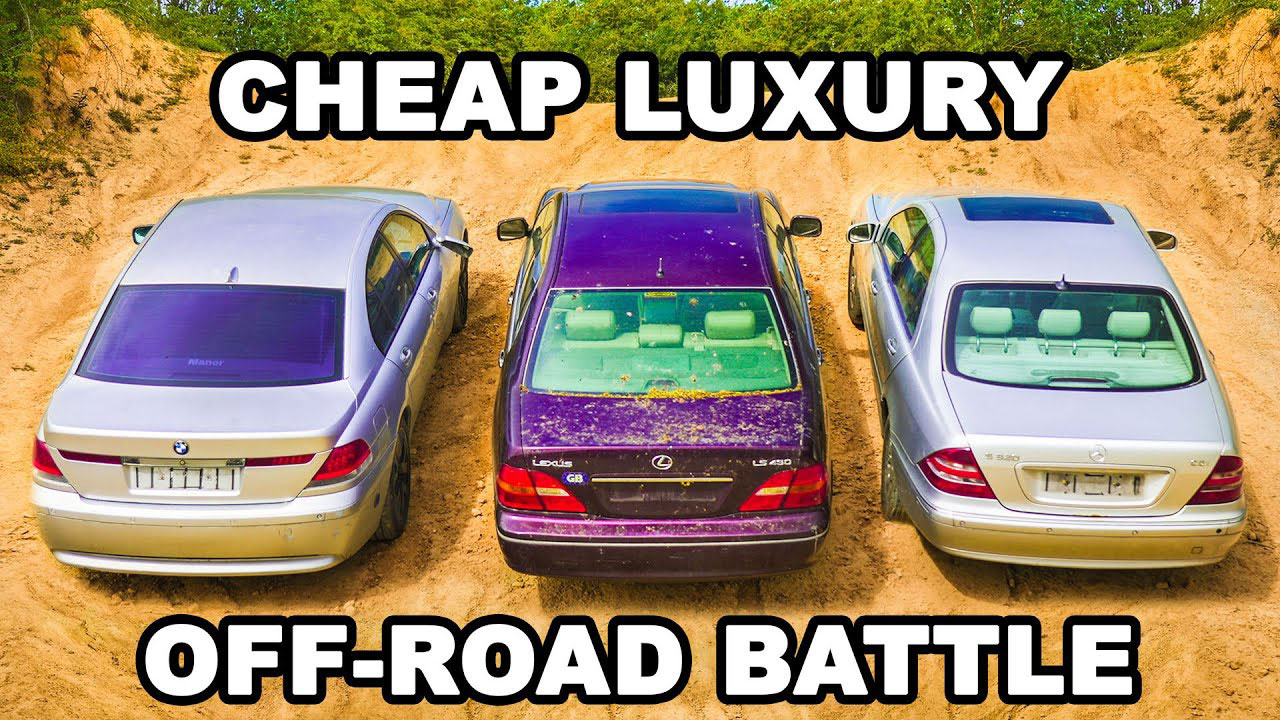 Old luxury cars are really cheap these days, with tons of videos out there of people snapping them up for pennies and either restoring them at great expense or thrashing them within an inch of their lives.

Now here’s a question from Carwow that while no one really asked, certainly sounds fun:  “Why buy a Land Rover when an old luxury sedan is only £1,000?” The idea behind it is that a brand new off-road-capable machine is quite a bit of money, which likely prevents the owner from actually exiting the pavement for fear of damage.

However, a £1,000 ($1,200) luxury car is not something that many people want, or care about anymore, so it’s likely the best choice for a vehicle that will get bumps and scratches on it once it hits the dirt.

Read More: This BMW E34 M5 At The ‘Ring Proves A Good Track Car Isn’t Always The Latest And Greatest

The challenges play out in a familiar fashion, with actual data taking a backseat to destruction in the name of entertainment. Each car is awarded between 0-3 points for how well it completes a challenge, with the judging done by a host called Graham.

While it might seem like all the vehicles would be completely out of their element in the dirt, in reality, they all feature fairly sophisticated suspension that ends up performing quite well in a number of the challenges. Perhaps with a bit of a lift and some more capable tires, there could be some credence to the claim.

By the end of the tests, the victor is clearly the Lexus with 14 points overall compared to the Mercedes with 11 points, with the BMW nearly getting the silver prize with 10 points.

It’s not likely a very useful piece of information, but it sure is fun to watch a vehicle that would have originally been driven around by an investment banker get thrashed off the beaten track.