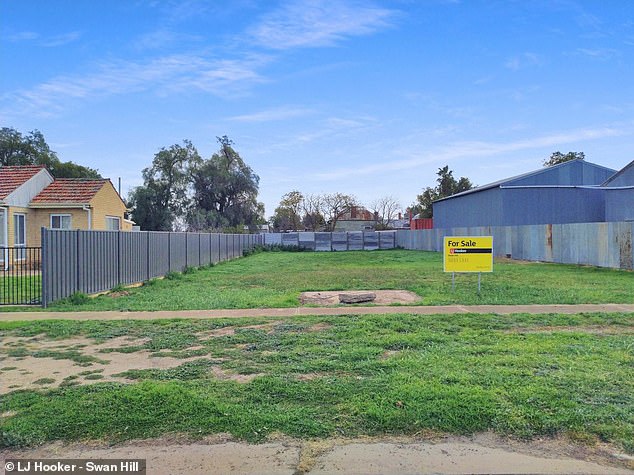 Regional blocks of land are being sold for as little as $23,000 as city slickers move away from urban centres to seek a simpler life in the country in 2020.

The coronavirus pandemic, large scale unemployment and an enormous increase in working from home has seen thousands of Australians look for properties away from big cities.

Prospective buyers are searching for locations based on lifestyle requirements, leading many to look into regional, coastal and country lots to develop their dream home.

Real estate agents outside of Australia’s major cities have noted a dramatic increase in city-based clients looking for a change of scenery, with cheap empty lots not far from urban centres providing potential dream locations for buyers.

Thousands of Australians are looking to move to regional areas away from cities where lots like 6 View Street in Lalbert in northern Victoria are being offered for $23,500 (pictured) 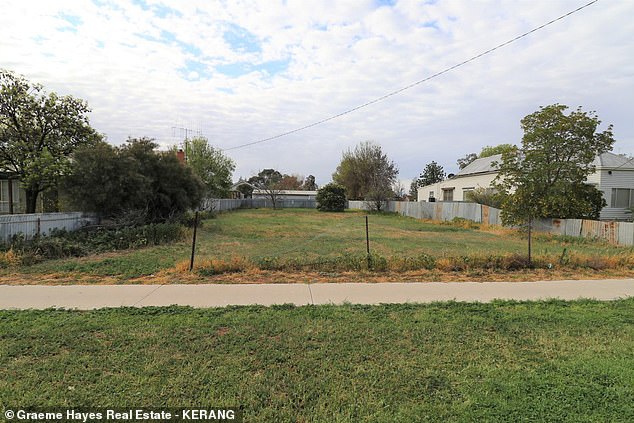 6 Park Road in Kerang is around three hours drive from Melbourne and is being offered for $30,000, offering huge potential for a new start

Victorian locations including View Street in Lalbert and Park Road in Kerang are being offered for less than the price of a car and have caught the attention of many prospective Melbourne buyers.

Both lots are 800 square metres, less than $30,000 and ready to build on in quiet regional locations with population of less than 4,000, offering the perfect canvas for buyers to start a new chapter in their lives.

Others are looking to coastal locations in Dutton Way and Paradise Beach, where lots are being offered for less than $50,000 to build a holiday home.

CoreLogic head of research Tim Lawless said the ability to work from home and live in a house rather than an apartment had boosted regional home prices in some places. 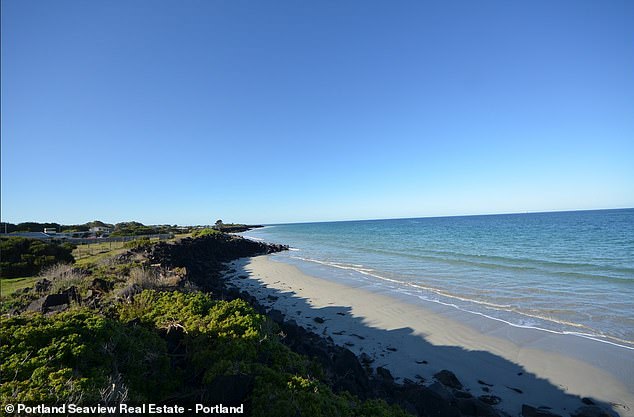 Prospective buyers are searching for locations based on lifestyle requirements, leading many to look into regional, coastal and country lots to develop their dream home. Pictured: the view from 446 Dutton Way in Dutton Way in far western Victoria 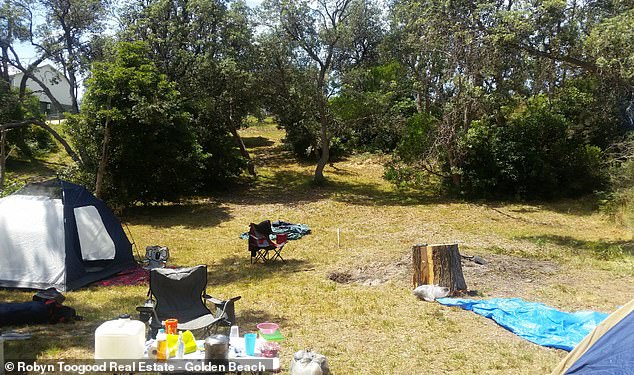 ‘Remote working arrangements are no doubt a factor in supporting demand in these markets but lifestyle opportunities and a desire for lower density housing options are also playing a part,’ he said.

‘Anecdotally, we are also observing a transition of demand away from the cities towards the major regional centres, particularly those that are adjacent to the larger capitals where residents can commute back to the cities if required.’

Mr Lawless said that unlike regional centres, Sydney and Melbourne had been more reliant on immigration-driven population growth before the COVID-19 pandemic.

‘From a cyclical perspective, regional areas weren’t recording the same growth conditions pre-COVID, so home values in these markets are often more affordable and don’t have a high base to fall from,’ he said.

As Australians continue to work from home, many are expected to move up to three hours away from metropolitan areas, research from property investment company Ripehouse Advisory found.

Regional areas in New South Wales are expected to see the biggest boom in population followed closely by Queensland and South Australia. 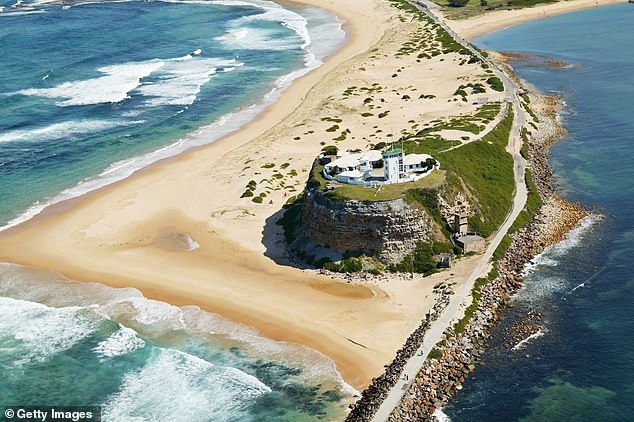 Researchers said the move to regional areas was promoted by city dwellers looking for alternatives to the cost, traffic and ‘busyness’ of urban life in the capital cities. Pictured: Nobbys Head in Newcastle

One town, Muswellbrook, 243km north of Sydney, will face an unprecedented 21.6 per cent rise in its population, experts suggested.

‘We are seeing a golden circle emerge around our key metro cities,’ he told The Daily Telegraph.

AREAS TO SEE A RISE IN POPULATION

Some of the areas set to see the biggest influx include Kapunda in South Australia’s Barossa Valley and Mackay near the Great Barrier Reef.

On the other end, metro areas that rely on immigrants are likely to shrink in population within the next 18 months, the research found.

These include Sydney’s Parramatta, and areas within the CBDs of Melbourne and Adelaide.

‘Strict and lengthy public health restrictions during the height of the pandemic sent the majority of Australians into virtual lockdown, and many have since realised they don’t need to be living within proximity of major cities and workplaces,’ Mr Field said.

The findings are good news for homebuyers looking to settle down, the expert explained.

‘It is fitting with the iconic Australian concept of “have a go mate”, that through adversity, we see first home buyers and young aspirational investors set to benefit most for the positive elements of this population shift,’ Mr Field added.

Regional areas have already started to see a boom in population.

Orange in regional NSW was one of the top most searched areas for first home buyers.

‘I think that a lot of people that are going to decide that their current property is no longer fit for purposes after being locked up for the last few months. So there will definitely be a move potentially to larger properties,’ she said in the report. 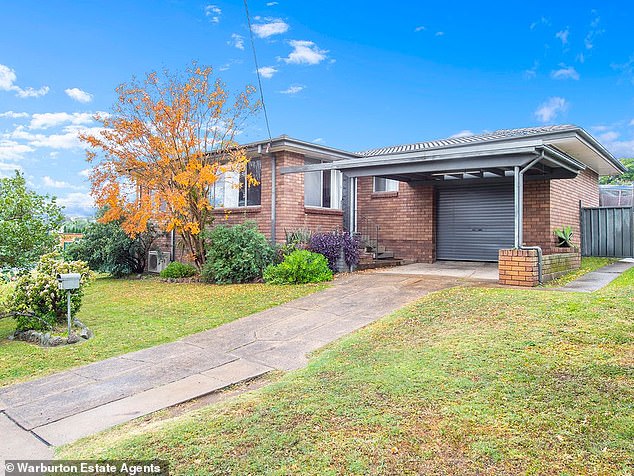 ‘But I think we will see more people working from home resulting from an understanding that they don’t need to be in the city.

‘We’re already hearing stories from the Central Coast where previously 50 per cent of their enquiry was from Sydney and now that’s closer to 90 per cent. So there are a lot of people who are at least exploring their options out of the city.

‘I think Sydney will be the big loser out of all of this. I think Queensland and regional NSW could do very well. But people are moving out of Sydney not in.’

The last census shows regional Australia attracted 65,000 more new residents than the capital cities as 1.2 million people moved to the regions between 2011 and 2016.

Geelong and Ballarat in Victoria and Newcastle and Wollongong in New South Wales have experienced the biggest boom, The City Report by Polis Partners found.

‘When you compare all 101 cities across Australia on these economic and inclusive factors, you find there are some really exciting things going on in the smaller regional areas,’ he said.

‘We know many city dwellers are looking for alternatives to the cost, traffic and ‘busyness’ of urban life.’ 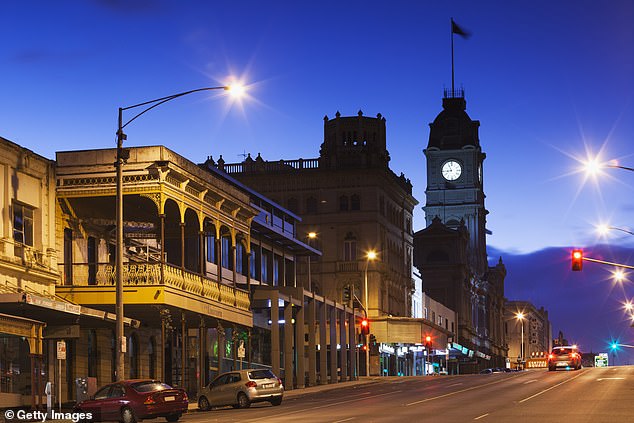