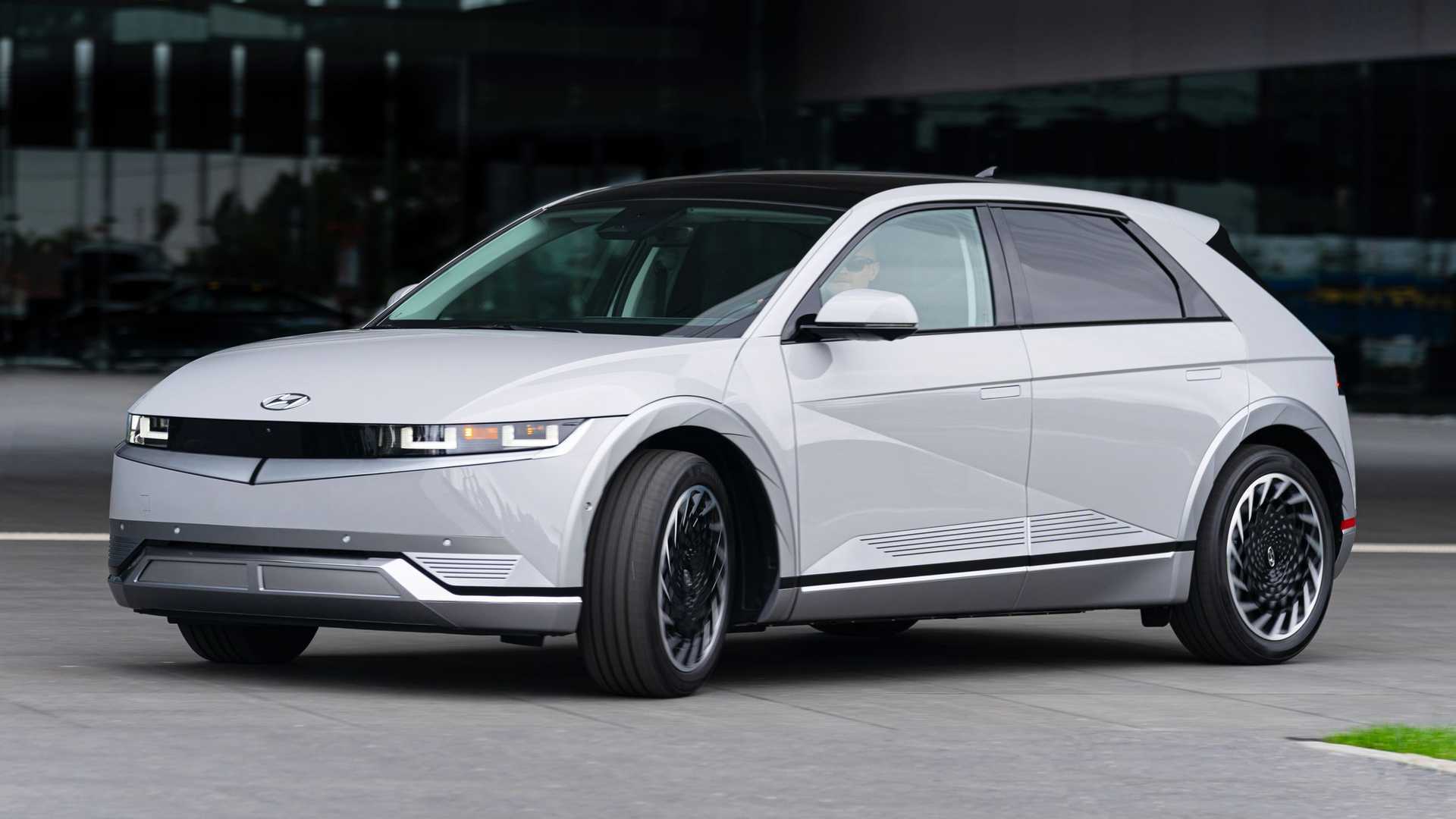 The company says that it is making “every effort to minimize the impact of business uncertainties around the world.”

The good news is that Hyundai’s plug-in electric car sales increases significantly. Last month, plug-in car wholesale shipments (closely related to production) increased to *19,521 (up 55% year-over-year), which is a new monthly record and about 6.1% of the total volume.

*Retail sales in South Korea plus wholesale sales (manufacturer level) outside South Korea, unaudited and on a preliminary basis.

**The Hyundai sales report includes sales numbers from the plants in South Korea, Europe (Kona Electric and Tucson PHEV), and plants in China and India (both small numbers).

So far this year, Hyundai’s plug-in electric car wholesale shipments amounted to over 62,000 (up 80% year-over-year), which represents 5.0% of the total wholesale volume.

The E-GMP-based Hyundai Ioniq 5 remains the top Hyundai electric model in the lineup with almost 10,000 units in April (the second-highest monthly result so far). So far this year, the company produced some 30,000 units, while cumulatively it’s close to 100,000 in 13 months.

The best of the rest is still the Hyundai Kona Electric with over 4,600 units.

An interesting thing is that we spotted a single unit of the upcoming all-new Hyundai Ioniq 6 model.