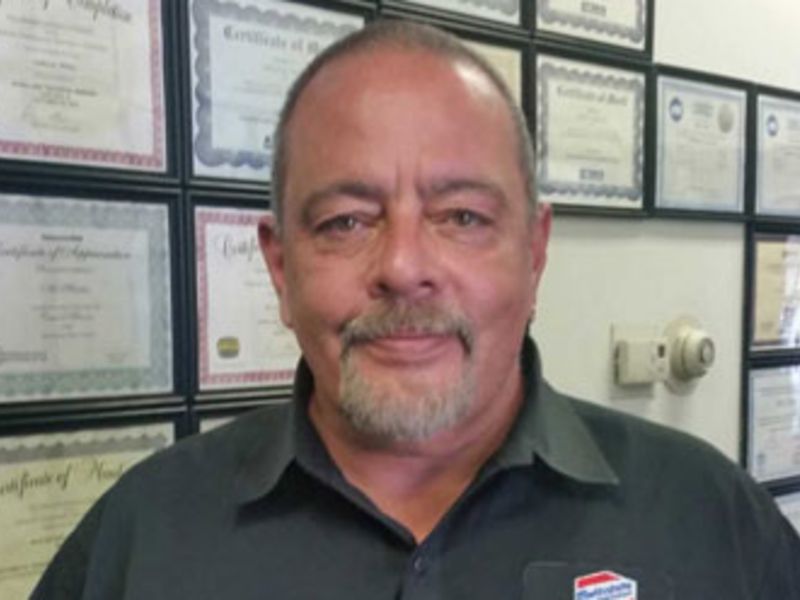 MIDLOTHIAN, Ill. — Moran Family of Brands has named Al Martin, a Milex Complete Auto Care franchisee since 2015, its Milex franchisee of the year in recognition of his business’ “outstanding service” to customers and for providing support for fellow franchisees and the entire system.

Mr. Martin, who started in the Moran corporate office over a quarter century ago, opened a franchised Multistate Transmission store in Napeville, Ill., 25 years ago and co-branded that shop five years ago with Moran’s Milex auto repair franchise.

He also was a Moran franchisee of the year in 2016.

Moran Family of Brands names a top franchisee for each of its brands — AltaMere, Milex, Mr. Transmission, Multistate Transmission and Dr. Nick’s Transmission — every year. Moran franchisees vote for the awards.

“Congratulations to each of our franchisee of the year winners,” Moran President Peter Baldine said.

“They have all owned their respective locations for at least 25 years and have been among the most respected and successful members of the Moran system. The selection is a deserved recognition from their peers for the valuable contributions they have made over the past year as well as their long tenures as franchise owners.”

The franchisee of the year winners will be recognized at the Moran Family of Brands’ convention, scheduled for April 29 – May 1, 2021, in New Orleans.