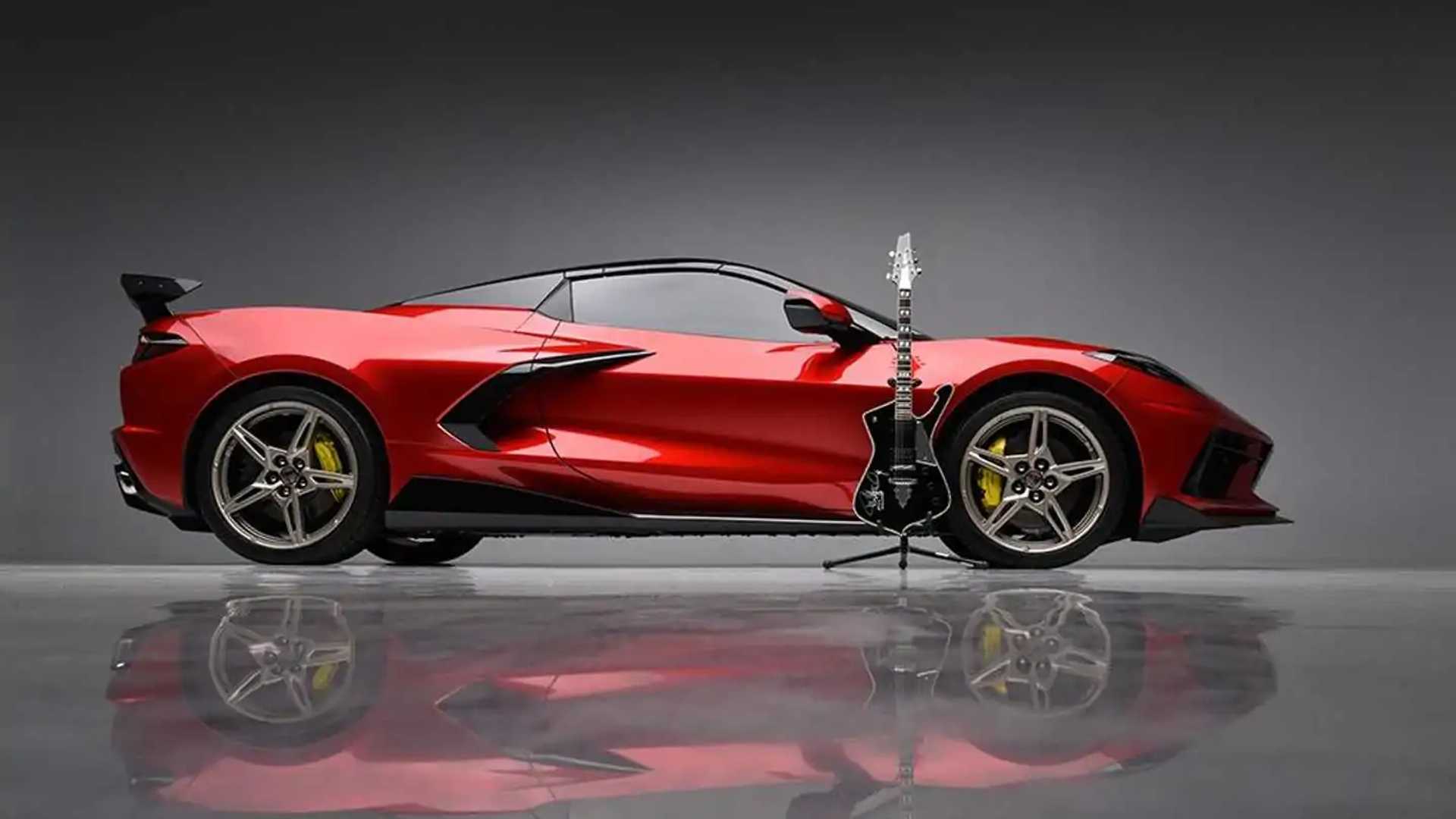 Rock stars and supercars go together like peanut butter and jelly. Taking it a step further, there aren’t many icons of American culture larger than the Chevrolet Corvette and the rock band Kiss. These worlds will take centre stage in early July, when Kiss frontman Paul Stanley offers his 2022 Chevrolet Corvette convertible up for auction.

Stanley’s ownership isn’t the only thing that makes this car special. For starters, it’s very hard to miss that Red Mist Metallic exterior with black accents. Beyond that, duPont Registry states it also comes with an Ibanez PS120 guitar signed by Stanley. Known as the Starchild to Kiss fans, Stanley rocked the world as both singer and guitarist in the face-painted foursome. With the guitar included, a little bit of Kiss rock & roll legacy will accompany the ‘Vette when it crosses the Barrett-Jackson auction block in Las Vegas.

Celebrity ownership notwithstanding, this particular Corvette is also the first production model for 2022. VIN 001 is a convertible in 3LT trim, featuring black exterior trim with pewter wheels and a Saddle interior to help offset the fiery metallic red finish. As for that paint job, Stanley actually had a hand in creating the shade. The rockstar and Chevrolet worked together back in 2014 to create a special 2015 Corvette Stingray for the SEMA Show. That colour was very close to some factory shades of red that would follow, including the Red Mist Metallic seen here.

Why is Stanley selling the ‘Vette? According to Barrett-Jackson, he’s not really a collector and was surprised when the model he ordered was actually the first production car for 2022. Instead, he wants it available to someone who might get more out of it, be it a collector or someone who just wants to cruise. As for additional details on the car, mileage isn’t mentioned so it’s unclear exactly how much time Stanley has spent behind the wheel.

The Corvette will be auctioned with no reserve during Barrett-Jackson’s Las Vegas event running 30 June through 2 July.