Lexus announced some big changes in three of its luxury models for 2021.

For 2021, the new IS benefits from a refreshed look as well as some new lower pricing.

Up front, the bold spindle grille has been revised, and new compact LED headlights added. The fender flares have been widened by 30mm giving it a far more muscular and aggressive stance than its outgoing predecessor. A newly designed rear deck is accentuated by new L-shaped light bar that runs across the full width of the car that highlights its now wider stance.

The interior has been updated with a standard 8-inch touch screen display with a 10.3-inch being offered as an option. A new remote touch interface mounted in the centre console now has pinch to zoom, flick to scroll and handwriting actions integrated for easier control of the infotainment system. Apple CarPlay and Android Auto have been added, as well as Google Assistant and Amazon Alexa. Lexus Safety System+ is standard that adds a number of cruise and lane control features.

The 2021 IS models will be available in the dealerships towards the end of October.

New for 2021, and a first for the ES model, is the addition of a dynamic torque control AWD system that adds more versatility to the already popular lineup. The ES lineup now covers all aspects of driving with the ES 300h looking after fuel economy, ES350 offering smooth handling with V6 power and the ES 350 F Sport taking care of the performance aspect. The addition of the ES 250 AWD now adds all-weather driving capabilities and added safety aspects that now give consumers a choice of a dynamic range of driving capabilities in one luxury model lineup. 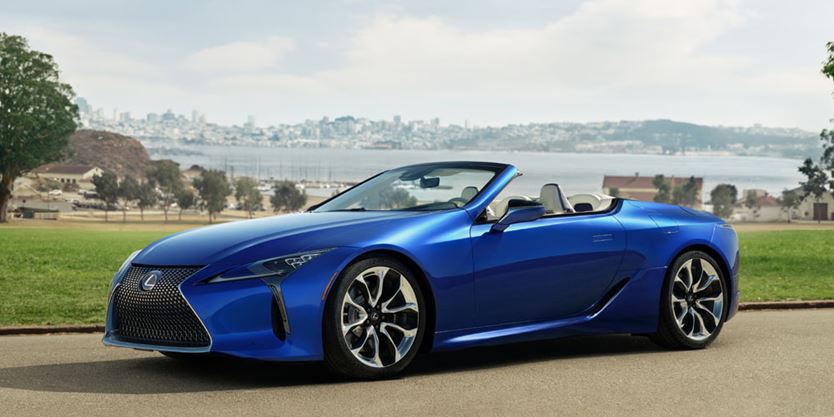 The long-awaited updated LC 500 Convertible is being introduced as a 2021 model. Lexus has managed to incorporate the strong sporty design lines of the Coupe into the Convertible without compromising body rigidity or cargo space. The four-layer soft-top roof opens in 15 seconds and takes just one second longer to close. The soft-top, when retracted, still manages to offer the same cargo space as its hard-top coupe sibling.

The HVAC system is designed to treat passengers to the same comfort levels with the roof up or down. New front-seat neck warmers have been added to ensure that front seat passengers remain warm when driving in cooler climes with the top down.