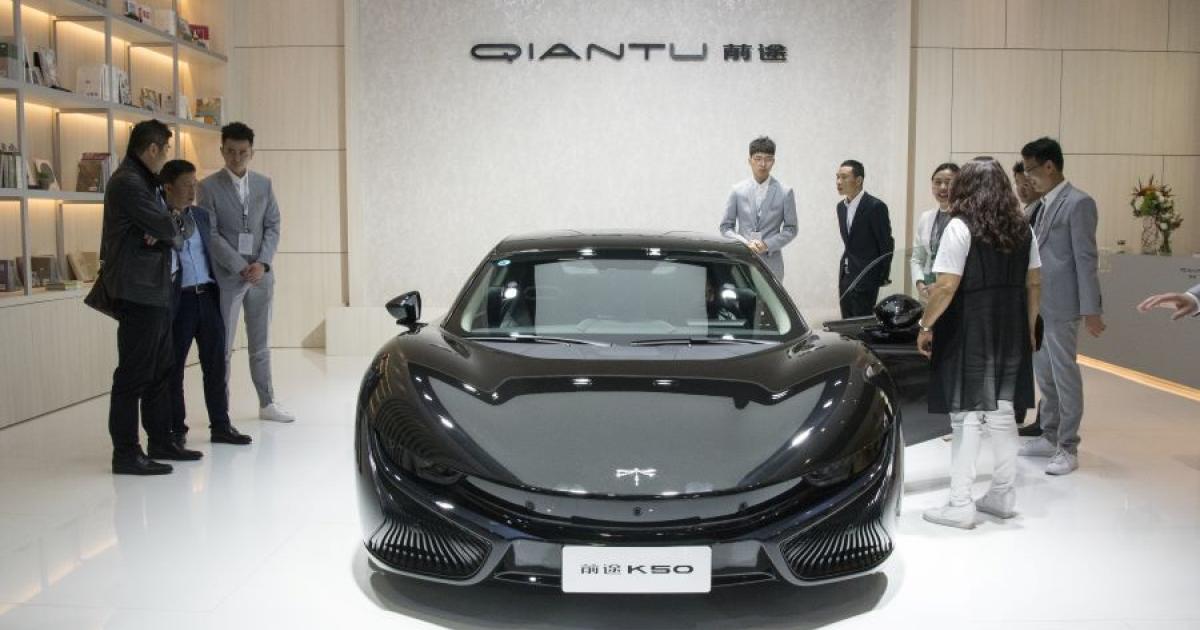 That trio is about to get some competition on Wall Street, as Beijing-based CH-Auto Inc. revs up to become China’s next electric vehicle (EV) maker to go public in the U.S. The company disclosed last week it plans to list on the Nasdaq by the end of this year, making it the latest of only a handful of Chinese companies to go public in the U.S. since last summer.

The relatively unknown company will make its New York entry via a special purpose acquisition company (SPAC), which have become all the rage these last few years as a way to make backdoor listings using existing, publicly traded shells containing nothing but cash. SPACs have become a favorite among Chinese companies as well, with 10 raising $2 billion through such listings between 2019 and 2021, according to specialist investment bank Chardan.

One of the few deals that has moved ahead since then has been a SPAC listing for TradeUp Global (NASDAQ: TUGCU), which was launched by Chinese online brokerage Tiger Brokers last year and is in the process of merging with Singaporean cryptocurrency miner Saitech. Chinese digital healthcare services provider ETAO International Group also announced in January it is making a listing through a SPAC called Mountain Crest Acquisition Corp III (NASDAQ: MCAE), in a deal that would value the Chinese company at about $2.5 billion.

CH-Auto is making its listing through another Mountain Crest SPAC, Mountain Crest Acquisition Corp. IV(NASDAQ: MCAF), whose founders made headlines with their successful SPAC listing for Playboy (NASDAQ: PLBY) in 2020. CH-Auto said the transaction is expected to close in the fourth quarter. It would value the company at $1.7 billion, comprising $1.25 billion in equity and net debt of $460 million.

Unlike its newer rivals that are EV pure-plays, CH-Auto was founded in 2003 as an automotive design service company. As often happens in China, the company has shifted gears in line with the latest fad as Beijing aggressively promotes new energy vehicles to achieve its goal of going carbon neutral by 2060.

CH-Auto’s listing comes as China’s production and sale of new energy vehicles accounted for a whopping 65% of the global market total in the first quarter of 2022, according to the People’s Daily. New energy vehicle sales in China topped 1 million in the first three months of this year alone, up 146.6% from a year earlier, according to industry data. The market is led by U.S. giant Tesla (NASDAQ: TSLA) and local brand BYD (1211.HK; 002594.SZ), whose backers include Warren Buffett.

2020 marked the start of a new trend among EV companies going public through SPAC deals. Subject to less scrutiny than traditional IPOs, the approach has worked well for companies that need big money to scale up before they start generating revenue. But a few such EV deals are being investigated by the U.S. securities regulator, and shares of many have taken a beating from highs in 2021. Nonetheless, CH-Auto’s listing plan comes at a promising time for the industry, with the global electric car market expected to triple to $355 billion by 2028 from $105 billion in 2021, according to Vantage Market Research.

CH Auto has been through a lot in its nearly 20-year history – a period that saw China’s auto industry’s grow to 30 million vehicles in annual output from just 2 million two decades ago. The company isn’t exactly new to life as a public company, having previously listed on China’s National Equities Exchange and Quotations (NEEQ) stock exchange, an over-the-counter exchange that was ultimately repurposed due to thin trading. The company’s earlier history as a car design specialist saw it create more than 100 automobile models for top domestic brands like Geely (0175.HK), Chery, FAW and GAC.

The company attempted to launch its own models as early as 2012, when it showcased a concept for its Lithia sports car and its Cylent city car at that year’s Beijing International Auto Show, media reports show. But the concepts apparently didn’t materialize. In 2015, it established Qiantu Motor to try its hand at EVs. The Qiantu K50, considered the first electric super sports car from China, was first shown in China in 2016 and came out in 2018 – four years after the concept was developed. Investors will want to see faster execution in such a rapidly changing market, no doubt.

CH-Auto’s $290 million plant in Suzhou can make up to 50,000 Qiantu K50s a year, though only 1,000 of the cars had been sold in China by 2019, according to media reports. California-based Mullen Technologies said in November 2019 it would bring the Qiantu K50 to America in 2020, but that never happened. Perhaps the expected price tag of $100,000 was too big a hurdle, media reports speculated at the time.

CH-Auto plans to release its Qiantu K20 model targeting Gen-Z customers with a more affordable price in the second half of 2022.

Company founder and CEO Lu Qun said that while the past two years have been “quite challenging,” the SPAC deal should bring a “positive and rebounding impact” on the company’s financing, manufacturing, sales and brand awareness. CH-Auto has previously raised $484 million through eight rounds of funding, the latest in December 2018. It could gain another $50 million through the SPAC listing, which was the amount raised by Mountain Crest Acquisition Corp. IV when it made its IPO and trading debut early last summer.

The original IPO saw the SPAC sell 5 million shares. Under the pending merger, the SPAC will issue another 125 million shares to CH-Auto and Mountain Crest shareholders, with Lu continuing to lead the company.

CH-Auto has yet to release any sales figures or other financial data, which is likely to come in a prospectus-style document to be filed soon. Price-to-sales (P/S) ratios for three of its rivals, Li Auto at 5.0 times, XPeng at 6.4 times and Nio at 5.2 times, gives an average of 5.5 times. But without better name recognition and a commercially proven model, CH-Auto is almost certain to trade at a substantial discount to those figures. It’s also entering the market at a difficult time for shares of those peers. All three of the listed Chinese EV makers are down sharply in recent months amid pressure on all U.S.-listed Chinese stocks due to an ongoing conflict between the U.S. and Chinese securities regulators.

This article was submitted by an external contributor and may not represent the views and opinions of Benzinga.