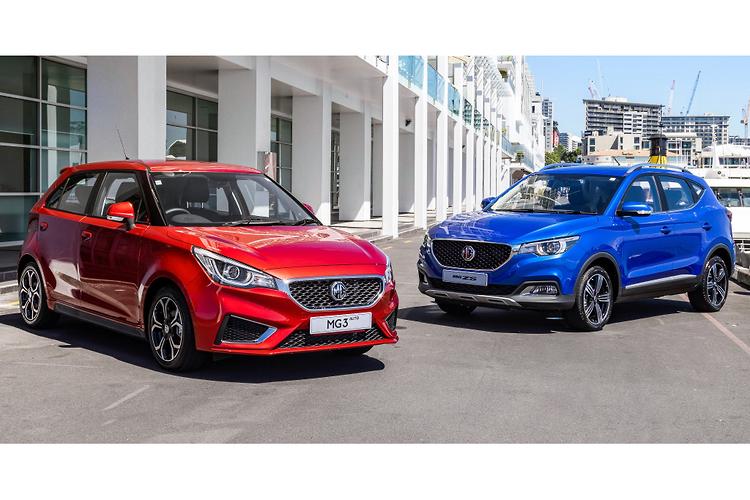 Once one of Britain’s automotive icons, MG is now its own convincing argument for buying Chinese

Chinese brands are finally making serious headway in Australia. And leading the belated charge is MG.

The brand once renowned for producing affordable British sports cars is now building and shipping a range of even more affordable hatchbacks and SUVs from China. MG was among the remaining vestige of the UK’s indigenous volume-selling car industry before being acquired by the Chinese and is now owned by SAIC Motor, the massive automotive group that also owns LDV and Roewe.

In 2020, MG has sold 9628 vehicles in Australia, 3653 more than in 2019. That’s an increase of 61.1 per cent for the year to date, in a market that has shrunk by 20.5 per cent. Furthermore, MG’s surge in sales this year accounts for over half the extra volume of Chinese product sold in Australia this year, including models that aren’t generally known to be Chinese, such as the Volvo XC60, for instance.

MG’s success hinges principally on a combination of value for money and a long warranty – seven years (and unlimited kilometres during that term). While service intervals are no longer than 12 months, an MG owner can rack up 15,000km without bringing the next service forward. The brand is also winning over customers with each model’s appealing presentation and on-track activities such as TCR.

There’s a vacuum currently forming at the low end of the light-car market sector, with Toyota and Mazda shifting each brand’s respective entry-level models upmarket, and that gap is being ably filled by the MG 3, which is MG’s most popular model.

The importer has made no secret of its desire to crash the VFACTS top-10 brands party, although with fewer than 10,000 sales so far in 2020, it has a way to go yet.

“Top 10 is a clear goal,” the importer’s market and product director Danny Lenartic told carsales recently. “But it has to be sustainable. We’ve seen others get there, but then fall out.

“To be top 10 we’ve got to have the right model line-up. Our position is a lot of car for the money, with a warranty to back it up. So people can get beyond the [Chinese] origin.

“There are enough people out there that know the country of origin. Now we have brand fans that are proud of that.”

And that growing acceptance of China as the source for motor cars is playing out with other brands too. Consumers have so far bought nearly 6000 more Chinese-built cars than they did in 2019.

According to VFACTS, 18,909 vehicles sold up to the end of October were supplied by Chinese factories, versus 13,085 sold last year, over the first 10 months.

It’s a major turn-around in fortunes after a decade or more of unrealised promise, particularly in a year when almost every other brand has seen sales slump.