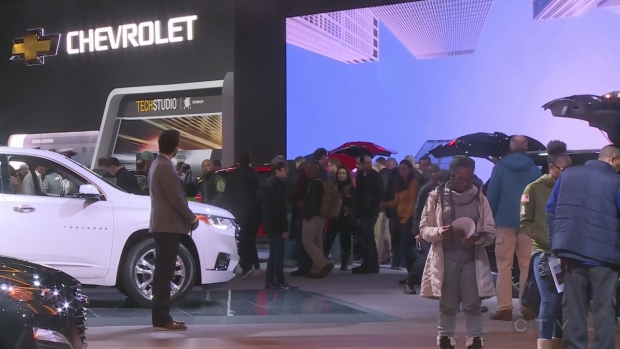 WINDSOR, ONT. —
The North American International Auto Show (NAIAS) will be moving its “reimagined” indoor and outdoor show to next September.

NAIAS announced Monday it would move the Detroit show planned for summer 2021 to Sept. 28 to Oct. 9, 2021. Officials say the show is expected to be a “global powerhouse” of current product and next-generation mobility along with brand activations and product engagement. “We have talked with many of our partners, particularly the OEMs, and they are fully on board and excited about the date change,” NAIAS Executive Director Rod Alberts said in a news release.

Officials say NAIAS, commonly known as the Detroit Auto Show, will remain a fall event moving forward after the first event in September 2021. Show dates have already been secured with TCF Centre in Detroit for the next three years.

“Our responsibility as an auto show is to host a global stage for current products as well as mobility innovations of tomorrow,” Alberts said. “September is an excellent time of year for new product, and at the same time, alleviates the challenges a now crowded spring auto show calendar presents for auto show stakeholders.”

NAIAS organizers say they secured dates toward the end of the month in part to be mindful of the new IAA in Munich, Germany.

“Spreading out major auto shows is a win for everyone, particularly our partners. It gives auto companies an opportunity to give it their best at each and every show, which creates excitement for those who attend, too,” Alberts said.

Officials also plan to expand the show’s marketing reach drawing more show visitors from beyond the region and state. The campaign plans to highlight both the latest cars and trucks headed to showrooms along with visiting Detroit and Michigan in the fall.

The September 2021 show is expected to include the same product experiences that had been planned for the June show, including experiential ride and drives and active displays.

The auto show is also launching a new virtual series that kicks off Tuesday. The monthly series is set to offer a look into what the 2021 show has in store.