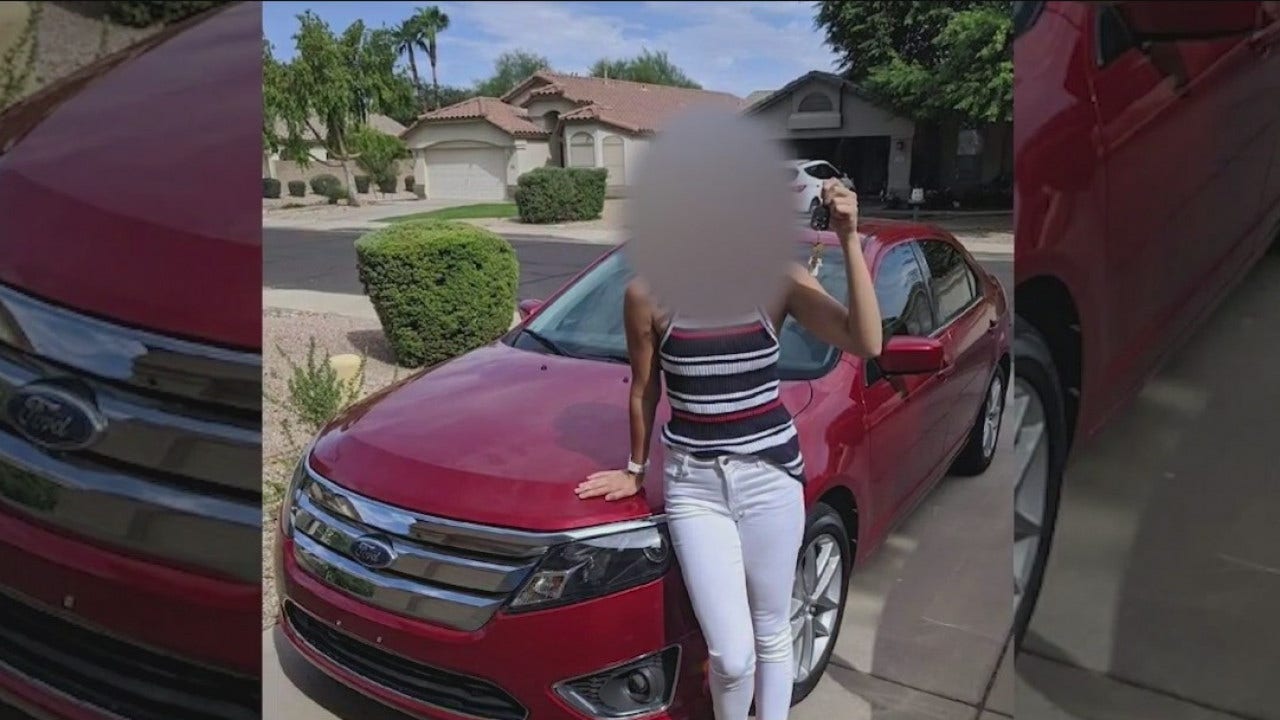 The owner of the stolen car involved in the Mesa police shooting from Sept. 25 says it’s been totaled.

MESA, Ariz. – As the investigation into a Mesa police shooting continues, FOX 10 is learning more about the stolen car that triggered the deadly confrontation.

The owner of the car says it was stolen from her Mesa apartment complex in September.

The registered owner found out on Oct. 1 that her car was the one involved in a deadly police shooting.

While she didn’t want to go on a camera, a relative talked with FOX 10’s Nicole Garcia. He says she’s devasted and traumatized.

“It meant a lot to her, it was very special.”

Before the red sedan became riddled with bullets, it was the pride and joy of the young owner who named it ‘Ruby.’

“She was on her way to meet a friend at Hobby Lobby and it was gone.”

On Sept. 25, Mesa police spotted the car at a restaurant parking lot with a man behind the wheel who was slumped over.

That man was 21-year-old Angel Benitez. He was shot while inside the car during a confrontation with Mesa officers. Ruby’s owner found out a week after the killing.

“We got a call from police saying they found her car. It was involved in a collision and a shooting and it was totaled. She just started crying. She was shocked and in tears.”

He says the car’s owner feels she’s been victimized twice over.

“She’s been crushed by this whole situation. Terrified by everything. She hasn’t left her house. Now the fact her car was stolen, she’s afraid to get a new car. She’s scared it’s going to get stolen.”

The owner only had liability insurance, and her car is a total loss. She says she doesn’t know and has never seen Benitez before.

The shooting is still under investigation and will be turned over to the Maricopa County Attorney’s Office for review.