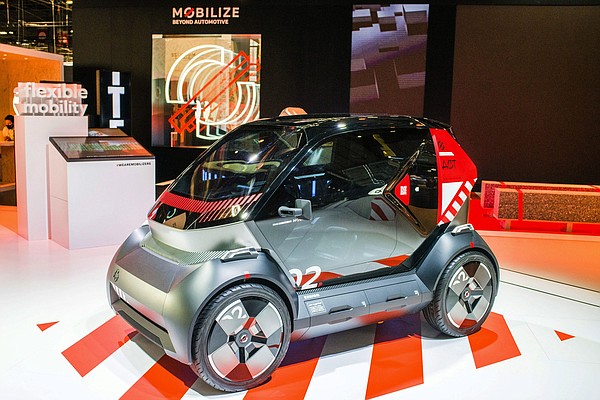 Renault set targets to expand its Mobilize car-sharing and leasing businesses as the struggling French automaker deepens its corporate overhaul.

The brand, which currently generates losses, is to achieve double-digit margins for each category of services outside of its finance arm by 2027, the French carmaker said last week. Renault is sticking to its goal for Mobilize to make up a fifth of group revenue by the end of this decade, betting consumers will increasingly shun vehicle ownership.

Renault is trying to expand emerging business areas as it faces fierce competition selling mass-market autos and exits Russia, which was its second-biggest market before the country’s invasion of Ukraine. The manufacturer is now exploring breaking itself up into electric-vehicle and combustion-engine companies, a move that could also reshape its cross-shareholding relationship with Japanese partner Nissan Motor Co.

Chief Executive Officer Luca de Meo is under pressure to make good on promises to improve margins and cut costs, while facing a slump in European car sales and competition from rivals in rolling out new EV models and expanding into mobility services. Both Volkswagen AG and Stellantis NV have recently bolstered their new-mobility offerings with acquisitions.

In a further sign of profound changes to come, the automaker also announced recently closer cooperation with Chinese auto giant Geely Automobile Holdings, which is buying a 34% stake in its Korean unit.

Renault’s financing arm RCI Bank and Services is changing its name to Mobilize Financial Services and aims to have a fleet of 1 million vehicles for leasing and 200,000 for subscription in 2030. By that same year, Mobilize is to raise the number of installed EV chargers to 165,000, from 22,000 last year.

Renault is counting on consumer behavior to shift away from outright auto purchases, with the biggest growth expected to come in the leasing segment.

“In our sector, most of the products lose more than 50% of their value after three years,” de Meo said during a presentation. “This isn’t fair to our customers or the quality of our business.”

Renault aims to expand leasing, refurbishing and selling used cars as well as pushing into auto-subscription services using low-cost models like the Duo and Bento. The carmaker plans to start car-sharing operations in the U.K. and Germany before the end of the year, adding to existing businesses in Spain, Italy, France, the Netherlands and Brazil.

While there are currently no plans to separately list Mobilize, new partners could be brought in to help shoulder the brand’s roughly $106 million in annual investment, Deputy CEO Clotilde Delbos said. Renault may provide more details on how Mobilize would fit into a potential company split later this year, she said.