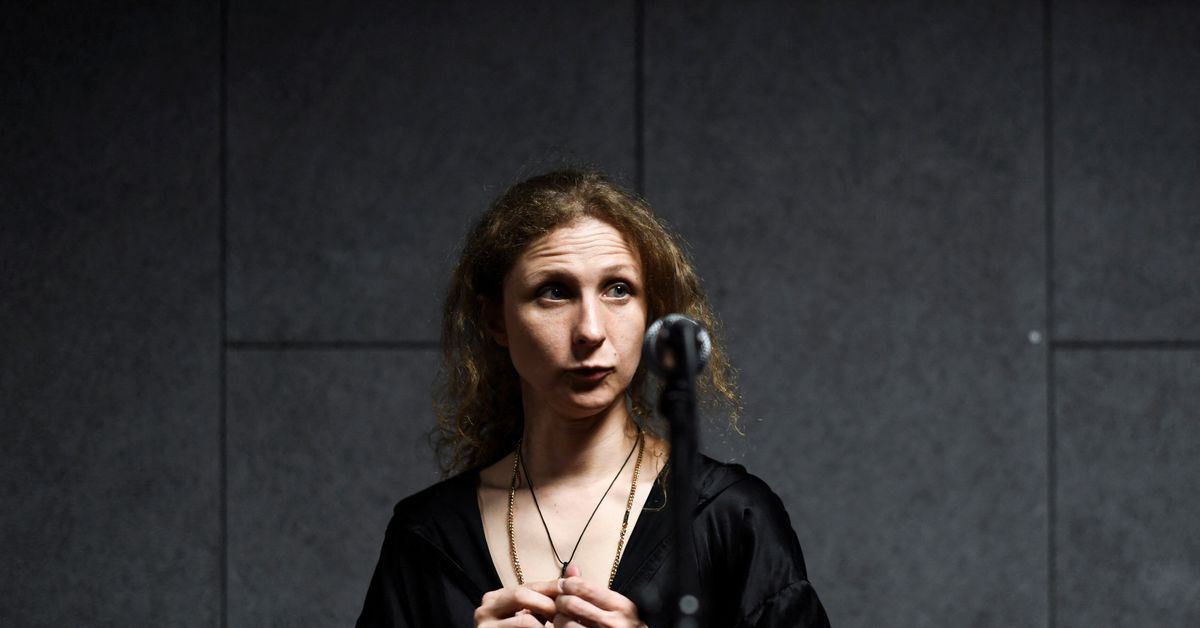 BERLIN, May 12 (Reuters) – Russia, not Ukraine, needs de-Nazification, the leader of anti-Kremlin punk band Pussy Riot, who left Russia this week by disguising herself as a food courier, said before her group kicks off a concert tour against the war.

At a rehearsal for a concert on Thursday in the German capital, Maria Alyokhina said Russians needed to think carefully about the war.

“I have no idea what will be the end of this reflection but without that, the country doesn’t have a right to exist – like Germany after the Second World War. It’s Russia where we should have a de-Nazification, not Ukraine,” she told Reuters Television.

There should also be a tribunal against Russian President Vladimir Putin and army generals and leaders, she said.

Russia calls its actions in Ukraine a “special operation” to disarm the country and protect it from fascists. It denies targeting civilians.

Kremlin spokesman Dmitry Peskov declined to comment on her remark that de-Nazification was needed in Russia, not Ukraine, and that Putin and his generals should go on trial.

To aid her escape from house arrest, Alyokhina wore a delivery uniform, which her girlfriend had bought online, and slipped out of a back door of the building she was staying in, eluding Russian police outside, she said.

“I went to another flat, which was like a conspiratorial flat, without my mobile phone,” she told Reuters Television.

Alyokhina said her compatriots wanted change but that many were scared of being thrown behind bars for speaking out.

“A lot of people are really afraid because you can now go to prison up to 10 years just for posting photos from Bucha, just for making this post,” she said.

Russian officials have said the new law to stop the intentional spread of “fake” news is needed because to protect its military and combat misinformation about its military campaign in Ukraine.

Pussy Riot was rehearsing a new song about the war, said Alyokhina.

“We wrote it two weeks ago. It’s against the war, against the war which Putin started against Ukraine. It’s our statement and it will be performed as a part of the concert,” she said.