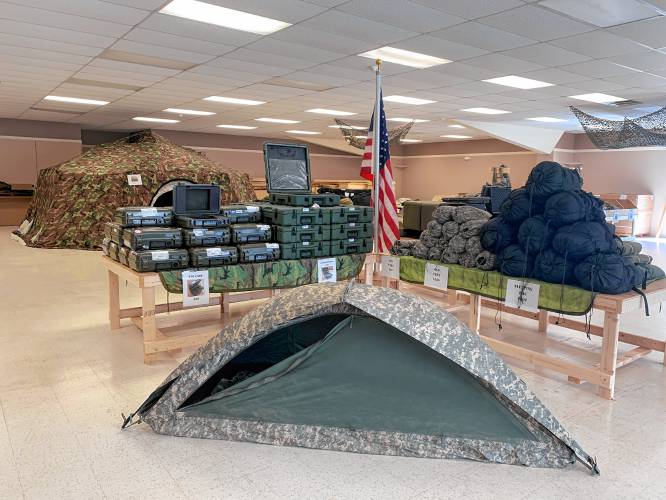 Two local veterans are opening up a military surplus store in Rindge, trying to bring back the kinds of stores they themselves explored when they were young – and love even now.

“When you’re a kid, in these stores, you dream about playing Army,” said store co-owner Frank Parillo. “Now, we’re just trying to be kids again, and try the gear and play Army like we used to when we were younger.”

Parillo and Joel Michaud have soft-launched Good to Go Army and Navy Military Surplus, which, just as it sounds, sells surplus supplies of military paraphernalia and field gear.

The idea was birthed when Michaud, who also owns Ponderosa Pines Wood Products, which produces custom sheds, was looking for an idea for the floorspace at the front of his business, Parillo said. He asked Parillo if he’d be interested in partnering with him