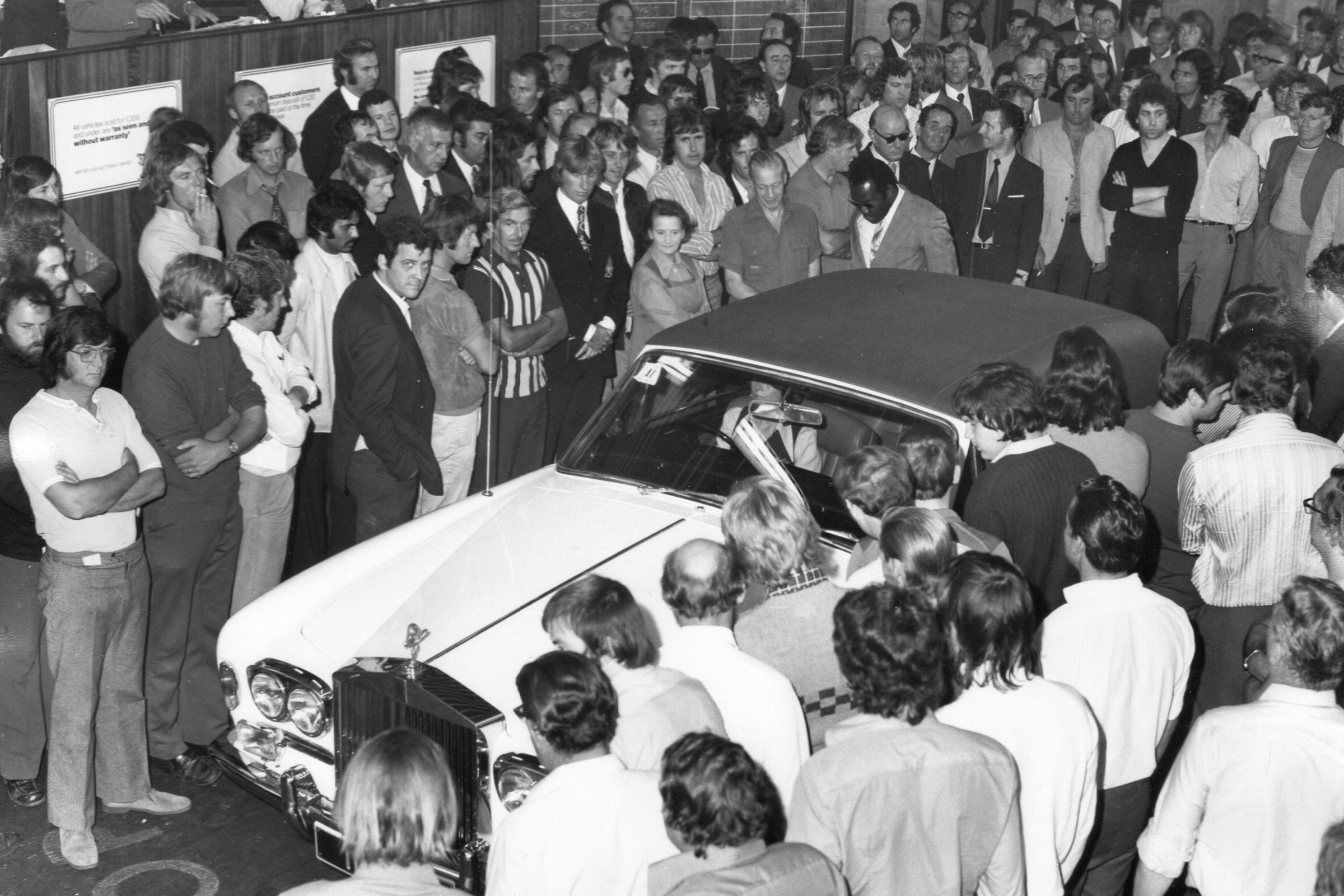 Auctions offer a fantastic opportunity to score a bargain on a used car, but they’re also the outlet for more expensive, rare and high-profile models.

One of the most famous auction houses – British Car Auctions (BCA) – is celebrating 70 years of service this year, having made its first sale in a Surrey marquee in 1946.

• How to buy a car at auction

That auction at Frimley Bridges comprised of only 14 cars, but now BCA sees 3.5 million vehicles go through its doors each year, with bidders in the hall competing against online buyers, too.

With such a great reputation, BCA has been privileged enough to sell some famous cars in its time, and we’ve rounded up a top 10 of the most notable which have gone under the hammer.

Few cars have the same wow factor as a Veyron, at one time the world’s fastest production car. When the 2006 EB 16.4 model came to auction in 2010, it sold for £625,000. This was a UK record value for a modern production car, and the highest amount ever recorded by BCA on a single vehicle.

With his vital role in World War II, Sir Winston Churchill is arguably the most famous British Prime Minister of all time. He died in January 1965, and remains the last person to be granted a state funeral. Churchill’s coffin was transported past crowds of mourners from Festival Pier to Waterloo in London in the brand new 1964 Austin Princess Hearse. The vehicle was then put into service with royal funeral directors JH Kenyon Ltd, before being sold by BCA in the nineties.

It might not quite be Postman Pat’s van, but this 1970 Morris 1000 Post Van proved popular when it came to auction in 2010. Royal Mail had donated the vehicle for sale, with all proceeds going to its chosen children’s charity – Barnardo’s. A huge crowd turned up for the sale, from Morris collectors to Royal Mail enthusiasts.This particular model had been in action in Dorset in the seventies, before being fully restored. It sold for £8,000.

• Incredible cars at the Monterey Auction

The 1963 Great Train Robbery is one of the most infamous heists of all-time, with a 15-strong gang stealing £2.6 million from a Royal Mail train. Police ultimately caught up with the ringleaders and seized many of their possessions under the Proceeds of Crime Act. Leader of the pack Bruce Reynolds’ Lotus Cortina – reg BMK 723 A – was used as the gang’s getaway car, and went under the hammer in 1969 as part of a special Great Train Robbery auction.

In the early nineties, a modest Austin Metro came through the auction hall with no obvious stand-out features. At the time, auctioneers would have sold similar models for around £1,200, but this particular Metro had a back story.It was the car that Lady Diana Spencer – who went on to become the much loved Princess of Wales – drove when she was first linked with Prince Charles. This meant the Metro ended up selling for five times more than normal.

Rock stars love cars, and BCA has handled the sale of a number from Rod Stewart’s collection down the years. Unsurprisingly, any model from music legend Stewart’s garage draws great interest – especially when they’re powerful sports cars. The highlight for the auction house was Stewart’s white Lamborghini Countach Anniversary. It sold for a cool £100,000 and even made an appearance on the Big Breakfast TV show.

• Most expensive cars ever sold

Any vehicle that appears in a popular TV series usually garners a following and becomes a character of its own. And few shows have had quite the longevity as war comedy Dad’s Army. BCA was responsible for the sale of Jonesy’s Van from the hit show, complete with portholes for the bungling platoon to stick their rifles through. The commercial van sold for £10,400 in 1991 – estimated to be twice as much as the pre-war vehicle would have fetched without its role on Dad’s Army.

Ian Fleming may be best known for creating James Bond, and 007’s love of cars is well documented. But it’s another vehicle from the author that makes the top 10. Fleming’s novel, Chitty Chitty Bang Bang, was turned into a smash-hit musical film in 1968 starring Dick Van Dyke and the titular flying car. In total, six versions of the car were made for the film, but it’s the fully functional roadgoing version with the UK registration GEN 11 seen throughout the movie that BCA sold. In fact, it was auctioned twice in the seventies.

The mid-engine rear-wheel-drive MG F was the first all-new car to bear the MG badge since the popular MGB. It hit showrooms in 1995 and as part of a special Rover sale, BCA auctioned the first F models in 1996. Such was the interest in the newly launched model that the 30-plus examples sold for more as used cars than they had cost new. On average, the roadsters went under the hammer for seven per cent above the new list price.

It’s not just whole cars that can rack up the pounds at auction. In 1989, BCA sold the loose parts of a dissembled Bentley 3 Litre Open Tourer at the height of the classic car boom. Versions of this model had won the Le Mans 24 Hours in the twenties, with the standard car producing 70bhp for a top speed of 80mph. And even though it went up for sale as merely a collection of parts, BCA shifted the lot for £80,400.