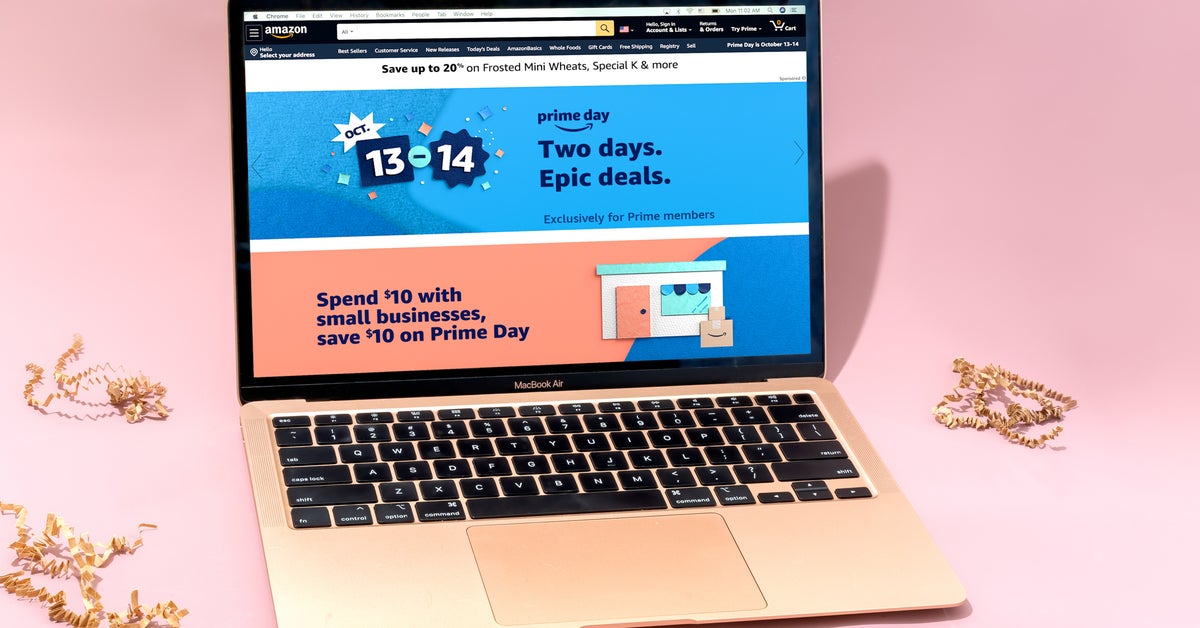 Best Buy has now formally announced that it will be running a sale of its own concurrent with Prime Day on October 13 and 14. This is a slight departure for the company, as Best Buy has a history of preempting Amazon Prime Day with discounts of its own, and prior to Prime Day and Black Friday of 2019, we noted sales from Best Buy that approached and even matched pricing we saw during the deals mayhem later. Best Buy is framing this event as a preview of its Black Friday event, so we look forward to seeing what the sale includes.

Walmart’s Prime Day–competing sale event, called the Big Save event, started Sunday night at 7 p.m. Eastern. Walmart has historically followed Amazon’s lead and run its sales concurrent with Prime Day, but the company seems to be breaking with that history this year. As part of this event, the Roku Streaming Stick Plus is discounted to $37, the lowest we’ve seen it this year—although Amazon has already matched that drop. The emergence of Walmart+, which launched September 15, could also mean deals with membership or a free trial. Though we haven’t seen any sales or savings exclusive to Walmart+ just yet, we’ll still keep our eyes open. Regardless, we expect Walmart to match much of Amazon’s Prime Day pricing when the event goes live (pricing that folks will be able to take advantage of without a Walmart+ membership), so Walmart could be an option if you don’t want to shell out for Prime (or get a free Prime trial). Amazon items and brands aren’t available at Walmart, however, so if you’re looking for those things, Amazon or Best Buy will be your best bet.

We saw Target expand its efforts to compete with Prime Day with its Deal Days promotion in 2019, and Target has now announced it will be doing the same in 2020 with a Deal Days promotion that will run concurrent with Prime Day. At the very least, we expect Target to match some of the better Apple deals out there. The most notable benefits of shopping at Target versus Amazon are the possibility of store pickup (if that appeals to you) and the presence of Target’s RedCard 5% discount and promotions. Although 5% isn’t a huge amount, it becomes significant on large purchases. Additionally, Target frequently offers RedCard-exclusive promotions—while those haven’t been overwhelmingly good during Prime Day events and Black Fridays past, we wouldn’t be surprised to see them more this year.

Don’t forget about deals from Newegg

Throughout the year, we frequently post deals from Newegg (an online retailer that sells computer hardware and electronics)—as long as those discounts meet our standards. Shipping is almost always free from Newegg, and you don’t have to be a member to save during Newegg sales. Starting tomorrow, Newegg will be hosting its own deals event, called the FantasTech Sale. We’ll keep our eyes peeled for good deals on great tech from Newegg and post them here if we find them.

A word of warning, though: Like Amazon, Newegg hosts third-party sellers with varying degrees of reliability—just be sure to look for the “sold by” language, which is usually located near the price listing, to verify that Newegg is the seller before making your purchase.