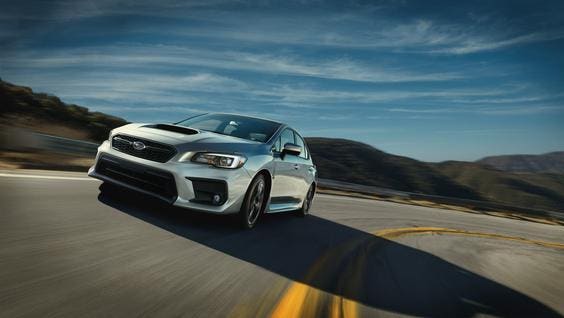 With a large number of employees working from home since the COVID-19 pandemic hit, state and local officials have noted a sharp increase in motorists exceeding posted speed limits over what are less congested roadways. The California Highway Patrol, for example, reports it’s ticketing twice the usual number of motorists for speeding at in excess of 100 mph–that’s a $500 fine for first-time offenders, not to mention a big bump in one’s insurance rates. In all, the Patrol says more than 15,000 citations for speeding were issued statewide between mid-March and mid-August.

As it turns out, not all cars are created equal when it comes to attracting the attention of law enforcement when their drivers are exceeding the speed limit. That’s according to just-released research from the insurance website Insurify.com, which names the number one offender in this regard as being the subcompact Subaru WRX. It’s essentially a high horsepower road-rally-racer version of the otherwise sedate Subaru Impreza (which itself is rated as the number three speeding-ticket magnet). Owners of this so-called “pocket rocket” are nearly twice more likely than average to be caught speeding. While 10.54 percent of average motorists in the U.S. have at least one such violation on their records, 20.9 percent of WRX owners have been nailed for surpassing the limit.

Curiously, the cars one might expect to populate the list, like fast-and-costly Ferraris and Porsches, in fact rack up lower percentages of speeding tickets than far more affordable rides. The brand that tends to receive the most tickets per capita is Dodge, which places four of 10 models on the list. To be sure they include the Charger and Challenger muscle cars that can pack over 700 horsepower, but there’s also the since-discontinued Dart compact sedan and the Ram 2500 heavy-duty pickup truck, which until 2010 was branded as a Dodge.

Here’s the list of the models Insurify.com says are responsible for the highest percentages of speeding tickets in the U.S., based on the site’s database of 2.5 million car insurance applications:

You can read the full report here.