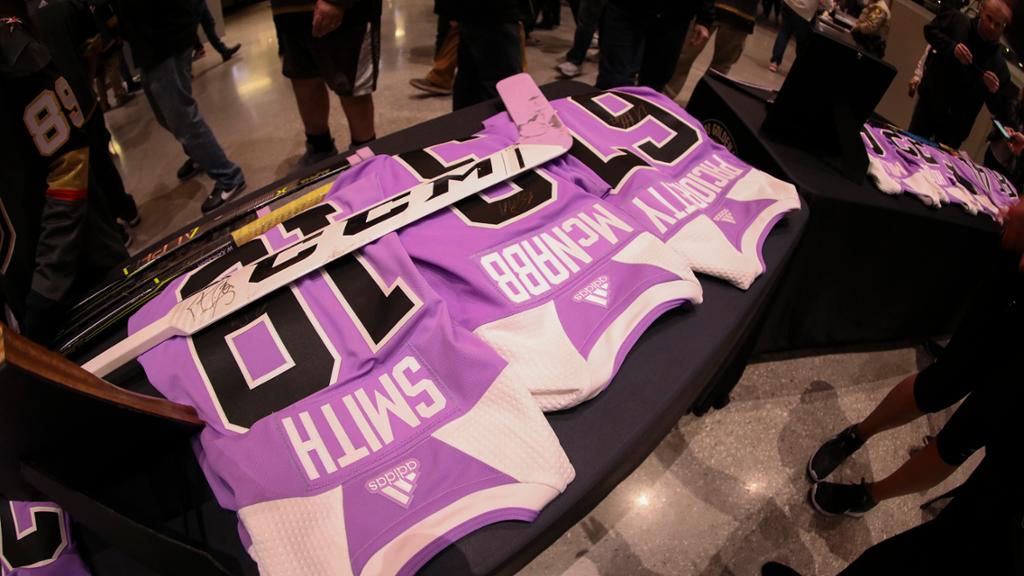 Donations were raised throughout the season through various events and initiatives including the foundation’s Golf Tournament, Knight to Remember Gala, game-day and online auctions, Charity Night and the 51/49 raffle.

During the COVID-19 pandemic, the Vegas Golden Knights Foundation and team donated more than $1.2 million dollars to those that were in need during this time, as well as local medical professionals and first responders. $700,000 was donated to part-time workers to make up for the four home games missed at T-Mobile Arena during the regular season. $500,000 was donated in support of Nevada’s COVID-19 task force, and $45,000 was donated to Three Square. In April, the VGK Foundation launched a meal donation program for local medical professionals, first responders and the Las Vegas Metro Police Department. Over 13,000 total meals were donated through April and May. The VGK Foundation also held the Red Cross Blood Drive at City National Arena on April 24, units of blood were collected with safe social distancing enforced by all of those in participation.

The VGK Foundation also raised over $290,000 during the second annual Charity Knight on AT&T SportsNet during the telecast of Game Two against the Chicago Blackhawks. Golden Knights Charity Knight Gym Bags filled with memorabilia and unique team-branded items were for purchase during the playoff matchup. Bags, memorabilia and items were featured on-air by members of the VGK broadcast team throughout the extent of the telecast.

In September, the Vegas Golden Knights Foundation and Cox teamed up to help support Clark County School District educators with grants that upgrade their technology as they teach students through distance learning. Cox will provide teachers with complimentary super-fast, high-speed internet service for up to nine months to cover the 2020-2021 school year, and the foundation will provide a monetary award up to $50,000 through grants toward technology and education tools that aid with virtual teaching.

Most recently, VGKF and the Golden Knights visited several LVMPD Area Commands took photos, signed autographs and delivered commemorative pucks throughout the day in remembrance of 1 October, while practicing social distancing. The team also hosted a blood drive at T-Mobile Arena and donated meals to various Las Vegas Metro Police Departments and Clark County Fire Departments in honor of those impacted by the tragedy that took place on October 1, 2017.

For more information on the Vegas Golden Knights Foundation and the team’s efforts throughout the Las Vegas community, visit nhl.com/goldenknights/community/vgkfoundation.

ABOUT THE VEGAS GOLDEN KNIGHTS
The Vegas Golden Knights are a National Hockey League franchise owned and operated by Black Knight Sports and Entertainment LLC. The Vegas Golden Knights were established by founding partners William Foley and his family and the Maloof family. For the latest news and information on the Golden Knights visit vegasgoldenknights.com. Fans can follow the team on Facebook, Twitter, Instagram and Snapchat.