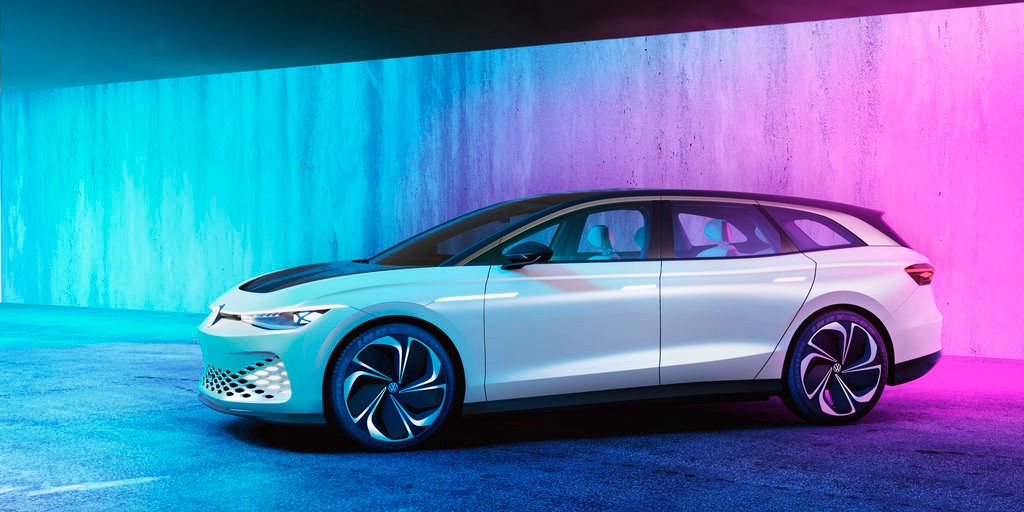 It is no secret that Volkswagen is planning an all-electric estate car. Now it has been revealed that the electric counterparts to the Passat series, previously announced by VW as Aero A and Aero B, could come onto the market as the ID.7.

The European Patent Office has listed the name “ID.7 Tourer” under the entry with the number 018703388 dated 17 May 2022. The names ID.1 to ID.9 had already been protected by the Wolfsburg company several months ago.

At the Los Angeles Auto Show in November 2019, Volkswagen had already presented the ID. Space Vizzion, a study based on the MEB, which gave a preview of a purely electric estate car. Regarding the technical data, it said: the 250 kW electric estate gets the necessary energy from a battery with an energy content of 82 kWh (gross, 77 kWh net). Thanks to the aerodynamic body, up to 590 kilometres in the WLTP cycle should be possible. At the time, the series version was promised for the end of 2021.

A year later, VW announced that from 2023, the aforementioned electric model Aero – another name for the ID. Space Vizzion – is to be built. This was followed last year by confirmation that two more MEB models would roll off the production line in Emden from 2023 onwards – including an electric estate. According to the German Auto Motor und Sport, however, production of the electric sedan will start first next year and then of the electric vehicle in 2024.

In connection with the Passat class, VW boss Herbert Diess had also suggested the model name ID.6 last year. However, the Wolfsburg company could possibly change its mind and launch the electric Passat offshoot as the ID.7 (saloon) and ID.7 Tourer (estate), as electric SUV models are already being offered in China under the names ID.6 Crozz and ID.6 X.

What the electric Passat offshoots will ultimately be called, however, is probably of secondary importance. What is more important is that Volkswagen continues to electrify its model range and that the choice increases.