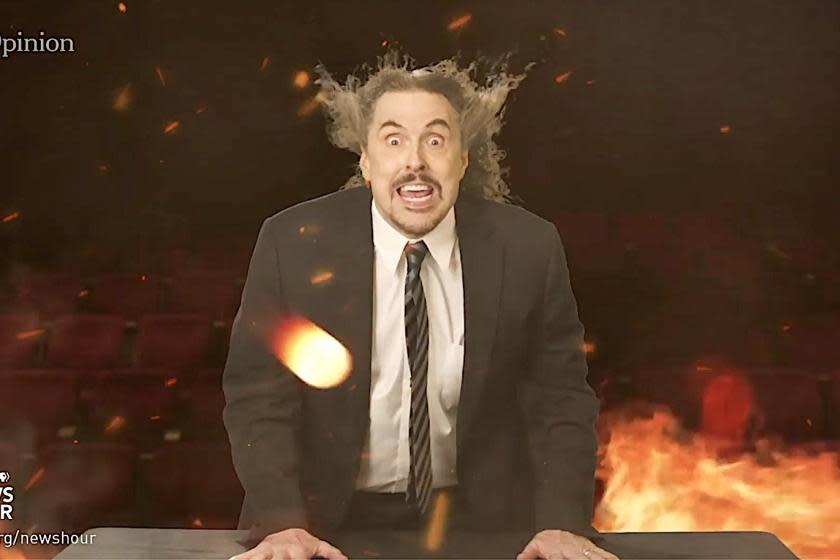 President Donald Trump might have choked on his Egg McMuffin on Wednesday when tuning into his favorite morning show.Fresh from an aggressive debate performance which his campaign chalked up as a victory before it had even happened, Trump most likely tuned into Fox & Friends expecting the kind of sycophantic flattery he’s become accustomed to over the past four years. However, even the president’s pals at Fox thought his debate performance, well, kinda sucked.All three of the hosts—Brian Kilmeade, Steve Doocy, and Ainsley Earhardt—made clear how deflated they felt the morning after the debate. In particular, Kilmeade seemed despondent that Trump blew the big moment in the one-on-one with Biden: When he failed to grasp the opportunity to condemn white supremacy and the extremist Proud Boys group.> Fox & Friends’ immediate debate takes — disappointed about no “knockout punch,” “when we were walking into work this morning everyone was just shaking their heads,” and “we were the big losers last night, meaning the American people.” pic.twitter.com/Xc2yx6MGKJ> > — Bobby Lewis (@revrrlewis) September 30, 2020After saying it was pretty rude of Biden to call Trump a “clown” and “the worst president ever,” Kilmeade went on to criticize Trump. “Donald Trump blew the biggest layup in the history of debates by saying, not condemning white supremacists,” he said. “I don’t know if he didn’t hear it, but he’s got to clarify that right away. That’s like, ‘Are you against evil?’ Why the president didn’t knock that out of the park I’m not sure.”The disheartened host was referring to perhaps the key moment during the debate, when Fox News moderator Chris Wallace challenged Trump to condemn right-wing extremism live on air. Instead of doing that, Trump managed to provide a thrilled Proud Boys group with a new slogan that they rapidly incorporated into a new logo: “Stand back, Stand by.”Trump Planned to Go Feral on Biden. Now His Allies Want to Call Animal ControlDoocy was perhaps the saddest-sounding of all the hosts, comparing the debate to a substandard meal at a well-regarded eatery. In a heartbreaking analogy, the co-host said, “You know how you really look forward to Friday night, and you plan on going to your favorite restaurant, and you get there after a week of anticipation and it’s like, ‘Hmm, that was just OK.’ I think a lot of people today are frustrated because we thought, on this, the post-game show, we’d have a winner… We didn’t see that.”Striking the same subdued tone, Earhardt said that when she was walking to work, “Everybody was just shaking their heads.” She added, “Punches were thrown, it got a little nasty… But I don’t think any minds were changed after watching last night, there weren’t any big zingers.”Kilmeade then remarked that “we were the big losers last night,” before quickly clarifying that he meant the American people in general, rather than himself and his two co-hosts.Read more at The Daily Beast.Get our top stories in your inbox every day. Sign up now!Daily Beast Membership: Beast Inside goes deeper on the stories that matter to you. Learn more.